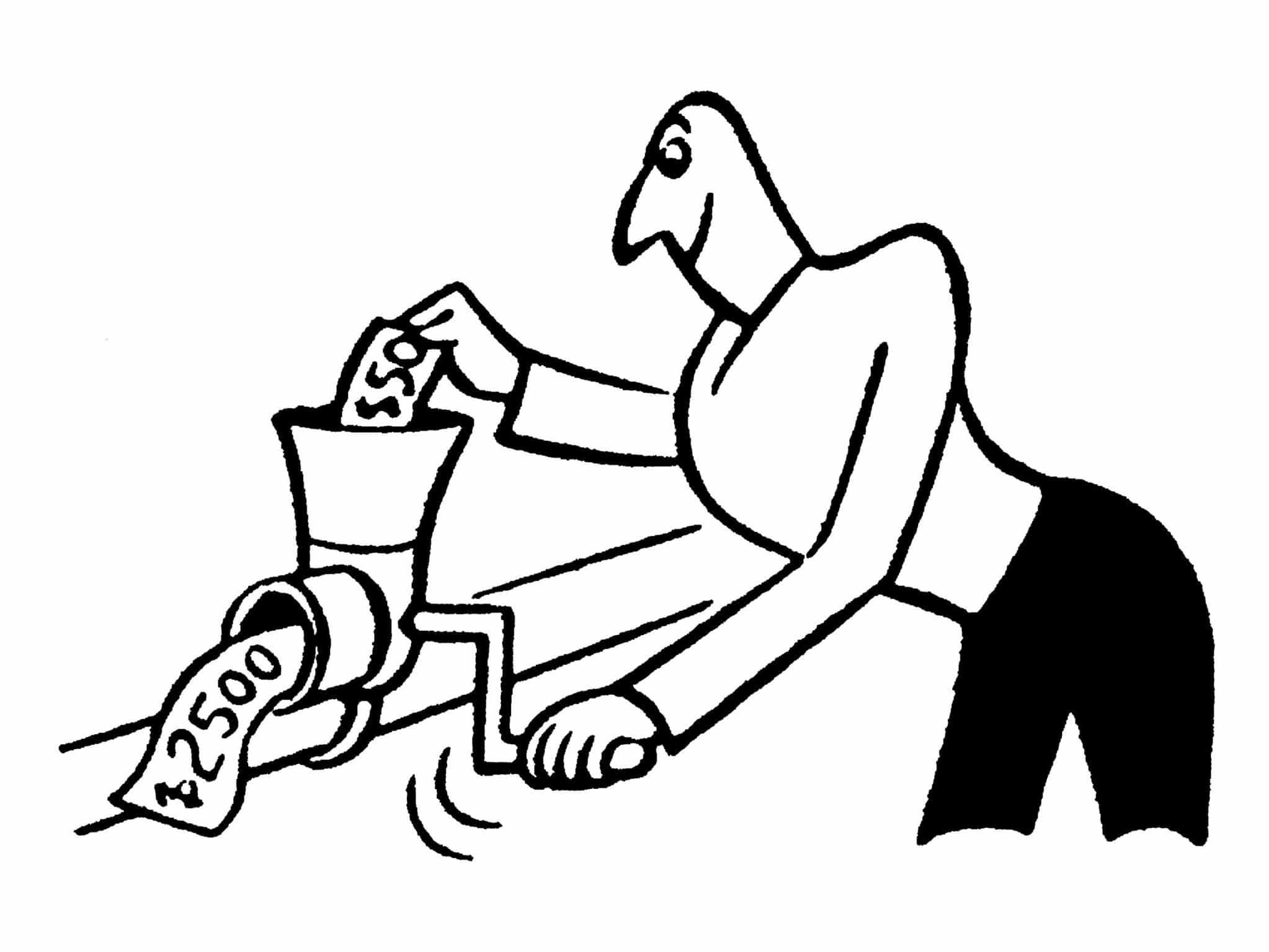 Be rewarded with cash for your daily exercises.

The names of the newest cryptocurrencies betray the increasing desperation pooling in this sector of the economy: Jesus Coin, Bananacoin, TrumpCoin, PutinCoin, titcoin, potcoin, and, yes, Ponzicoin. The new exercise app Sweatcoin is not exactly a cryptocurrency; it tallies the footfalls you make outdoors and rewards you with one sweatcoin for every thousand and fifty steps. It then allows you to use this digital currency to purchase items on the app’s Web site.

Hoping to convert his daily constitutional into cash, a correspondent recently amassed more than a hundred sweatcoins by walking around New York, and then investigated what he could reap from his labors. At the Gap, when a clerk ringing up the correspondent’s purchase asked, “Do you have a Gap card?,” the correspondent said, “No, but I have sweatcoin.” The clerk furrowed his brow and demanded legitimate currency. A cashier at Astor Place Hairstylists was impressed by the concept, when it was explained to him (“Sounds like a million-dollar idea”), but was unwilling to accept sweatcoins as payment for a haircut.

The correspondent upped his salesmanship. He told a Uniqlo employee, “Sweatcoin is great if you want to get off the grid and give big banks the finger.” To a Lululemon salesperson, he said, “I thought you guys and Sweatcoin might be in cahoots, because you’re both based in the production of sweat.” At SoulCycle, he argued, “When you think of all the low-down things people have done for money through the ages, Sweatcoin seems so much more wholesome.” No takers.

The correspondent then crossed the river to the Brooklyn neighborhood of Fort Greene, where several stores accept bitcoin. But he was turned down at the Lean Crust pizzeria, Greene Avenue Market, and the Fresh Garden market. An employee at Mirai Wellness Nail and Spa, on Fulton Street, sounded intrigued by the idea of being paid in sweatcoins but said that she would have to get an O.K. from her manager, who was not around. The correspondent offered, “I could also just walk in a circle around the spa for an hour.”