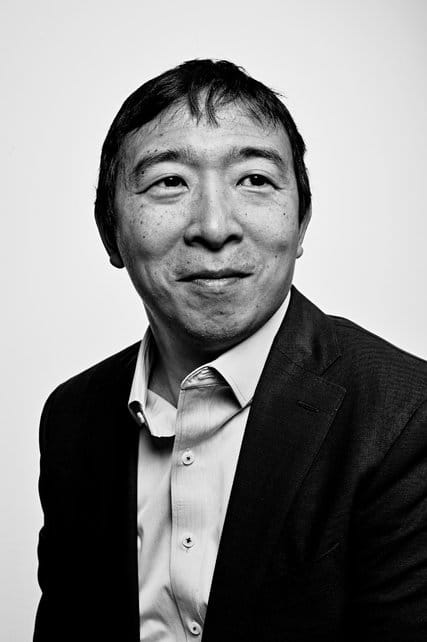 Among the many, many Democrats who will seek the party’s presidential nomination in 2020, most probably agree on a handful of core issues: protecting DACA, rejoining the Paris climate agreement, unraveling President Trump’s tax breaks for the wealthy.

Only one of them will be focused on the robot apocalypse.

That candidate is Andrew Yang, a well-connected New York businessman who is mounting a longer-than-long-shot bid for the White House. Mr. Yang, a former tech executive who started the nonprofit organization Venture for America, believes that automation and advanced artificial intelligence will soon make millions of jobs obsolete — yours, mine, those of our accountants and radiologists and grocery store cashiers. He says America needs to take radical steps to prevent Great Depression-level unemployment and a total societal meltdown, including handing out trillions of dollars in cash.

“All you need is self-driving cars to destabilize society,” Mr. Yang, 43, said over lunch at a Thai restaurant in Manhattan last month, in his first interview about his campaign. In just a few years, he said, “we’re going to have a million truck drivers out of work who are 94 percent male, with an average level of education of high school or one year of college.”

“That one innovation,” he continued, “will be enough to create riots in the street. And we’re about to do the same thing to retail workers, call center workers, fast-food workers, insurance companies, accounting firms.”