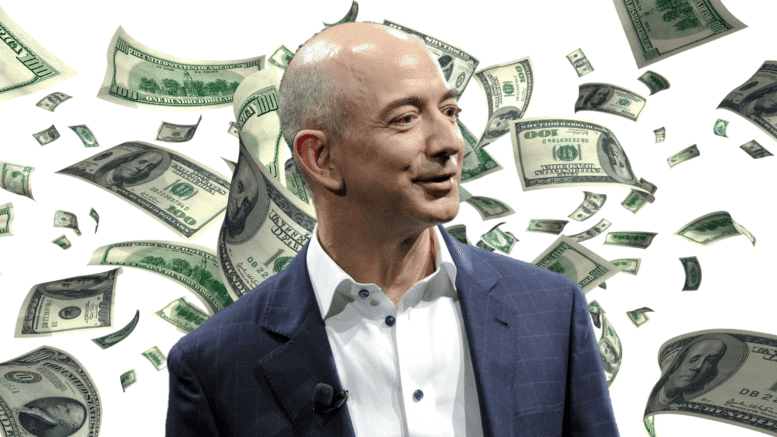 Amazon, the e-commerce giant helmed by the world’s richest man, paid no federal taxes on the profit of $11.2 billion last year, according to an analysis of the company’s corporate filings by the Institute for Taxation and Economic Policy (ITEP), a progressive think tank.

“Amazon pays all the taxes we are required to pay in the U.S. and every country where we operate, including paying $2.6 billion in corporate tax and reporting $3.4 billion in tax expense over the last three years,” said an Amazon spokeswoman, Jodi Seth, in a statement. “We have invested more than $160 billion in the U.S. since 2011, building a network of more than 125 fulfillment and sortation centers, air hubs and delivery stations as well as cloud-computing infrastructure and wind and solar farms.” (Amazon founder Jeff Bezos owns The Washington Post.)

Matthew Gardner, an ITEP senior fellow, called the situation a failure of American tax policy. “Their U.S. profits doubled in the last year. If anyone is ever going to be subject to the corporate income tax, you would hope it would be Amazon,” he said. From 2009 to 2018, the company earned roughly $26.5 billion in profit and paid approximately $791 million in federal taxes, for an effective federal tax rate of 3.0 percent for the period, according to ITEP’s analysis. That is well below the statutory 35 percent corporate tax rate in effect for most of that period, as well as the 21 percent rate, ushered in last year with 2017′s Tax Cuts and Jobs Act.

Like many other large companies, Amazon reduces its effective tax rate each year using a variety of credits, rebates , nd loopholes. For Amazon, the most lucrative of those was a tax break for pay given out in the form of stock options, which allowed the company to shave roughly $1 billion off its 2018 tax bill, Gardner said. That would represent nearly half of the total federal tax bill levied on the company’s profit of $11.2 billion, he said.

Previous ITEP analysis has shown that between 2008 and 2015, profitable Fortune 500 companies paid an average effective federal tax rate of 21.2 percent, well under the statutory 35 percent rate in effect in that period. One hundred of the companies had paid zero or negative tax in at least one profitable year, and 58 of them had multiple zero-tax years while being profitable.

Publicly traded companies such as Amazon have a legal responsibility to act in shareholders’ best interests, a mandate that many companies interpret to mean maximizing shareholder value by numerous means, including reducing their tax burdens.

“By all indications, Amazon appears to be using the tax breaks that Congress has made available,” Gardner said.

But he added that in the long-standing environment of federal budget deficits, when a company such as Amazon avoids billions in taxes, that money will ultimately have to come from somewhere. “It could take the form of two billion cut out of infrastructure spending,” he said. “Or it could take the form of tax hikes down the road at some level on someone else, probably middle-income families and small businesses.”

Gardner says that most of the tax breaks used by profitable businesses to reduce or eliminate their tax burdens were instituted at the behest of deep-pocketed and well-connected corporate lobbyists. “In a political system that runs on private money, it’s always going to be hard to vote against the folks who have the money,” he said. “Companies haven’t been shy about pouring millions of dollars to prop up a system that benefits them.”

Research has shown, for instance, that congressional offices give serious consideration to input from business groups in crafting legislation. Surveys have shown that many staffers acknowledge changing their minds on issues after speaking with lobbying groups, and that they view correspondence from businesses as more representative of constituent opinion than letters from regular citizens. Political scientists think these factors partly explain why, in cases in which business interests and public opinion diverged, Congress has often come down on the side of the former.

Amazon recently canceled plans to build a campus in New York City after fierce opposition from local activists, unions and politicians incensed over the $3 billion in state and local incentives promised to the company to sweeten the deal. “Rather than seriously engage with the community they proposed to profoundly change, Amazon continued its effort to shake down governments to get its way,” New York state Sen. Michael Gianaris, D-Queens, said in a statement. “It is time for a national dialogue about the perils of these types of corporate subsidies.”
By Christopher Ingraham