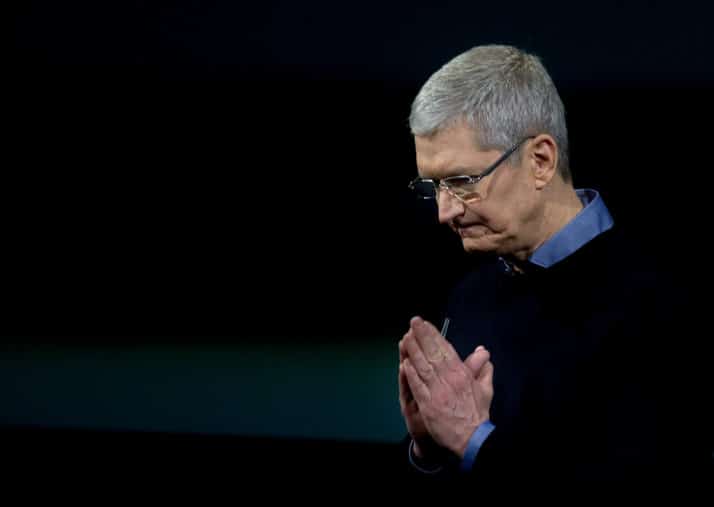 Apple Inc. AAPL 0.11% slashed its quarterly revenue forecast for the first time in more than 15 years, an unprecedented move in the Tim Cook era that was prompted by a downturn in sales of iPhones in China.

The surprise cut, issued Wednesday in a letter from the chief executive to investors, renews concerns about waning demand for Apple’s marquee product, the iPhone, which makes up the vast share of its revenue and has vaulted the company’s value and profits. It also raises fresh questions about Apple’s prospects in China, the world’s largest smartphone market, which represents nearly 20% of Apple’s sales. 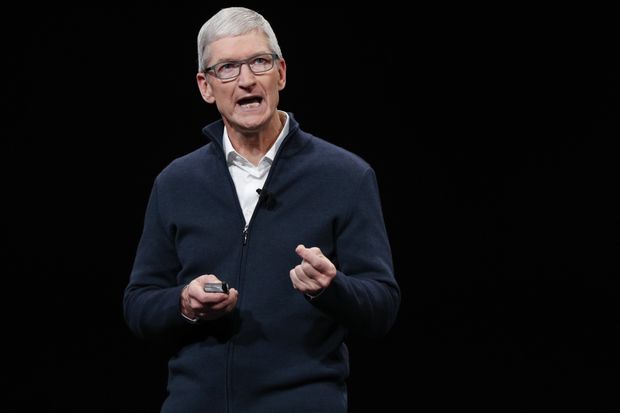 And it was the latest sign of broader economic malaise in China, fueled by trade tensions with the U.S.

“Lower than anticipated iPhone revenue, primarily in Greater China, accounts for all of our revenue shortfalls,” Mr. Cook said in his letter.

The move also was an inauspicious signal for markets on the first trading day of the year, with Apple shares after hours declining more than 7% and the broader market showing stress as well.

The company has lost more than $300 billion in market value since peaking above $1 trillion in early October. Last year was Apple’s worst yearly performance since the financial crisis.

While Mr. Cook pointed to China’s economic turmoil for the revenue shortfall in the quarter ended Dec. 29, Apple’s share of the Chinese smartphone market has been shrinking, crowded out by tech giants such as China’s Huawei Technologies Co. that market increasingly sophisticated phones at a lower price tag.

Apple lowered its revenue forecast for its first quarter that ended in December, blaming in part slowing sales in China, a key region for the company.

Apple’s share of the Chinese smartphone market contracted to 7.8% in the first three quarters of 2018 from a peak in 2015 of 12.5%, according to Canalys, a market research firm.

Apple was the country’s No. 3 handset maker, measured by unit sales, in 2015, according to International Data Corp. For the first three quarters of 2018, Apple ranked as the fifth-largest seller in China.

Analysts have also been closely watching China’s economy for signs that increasing Chinese nationalism, combined with higher-quality China-made products, is moving consumers to purchase local brands. Signs have begun to emerge: For the first time, last year four of five of the top-watched films in China were Chinese, according to Box Office Mojo. Local brands continue to outgrow multinational corporations in the food and beverage sector, according to Goldman Sachs.

Mr. Cook said Apple anticipated challenges in key emerging markets but didn’t expect the magnitude of the economic deceleration, especially in greater China. A contraction in the smartphone market in the region was particularly sharp, he said.

“As the climate of mounting uncertainty weighed on financial markets, the effects appeared to reach consumers as well, with traffic to our retail stores and our channel partners in China declining as the quarter progressed,” he wrote in the letter.

Mr. Cook sought to assuage investors with the company’s services business, which he said delivered a 27% jump in overall revenue to $10.8 billion in the December quarter, and in China a record level. He cited 50% growth in sales of its smartwatch and AirPods. He said the Mac business increased sales behind the recent updates to its MacBook Air and Mac mini. And the iPad Pro delivered double-digit growth in iPad revenue.

However, that all wasn’t enough to offset a slowdown in the iPhone sales.

Apple’s announcement could put further scrutiny on Apple’s emerging strategy of increasing revenue by raising prices on its devices and selling more software and services.

Apple is able to command premium prices in markets such as the U.S. and Europe but “when you look at a lot of emerging regions in the world, it just isn’t a great fit,” said Crawford Del Prete, chief operating officer with IDC.

Revenue for the company’s fiscal first quarter will fall at least $5 billion below the company’s previous estimates, Mr. Cook said, totaling about $84 billion for the quarter ended Dec. 29. Previously Apple had estimated quarterly revenue of between $89 billion and $93 billion. Analysts surveyed by FactSet forecast more than $91 billion 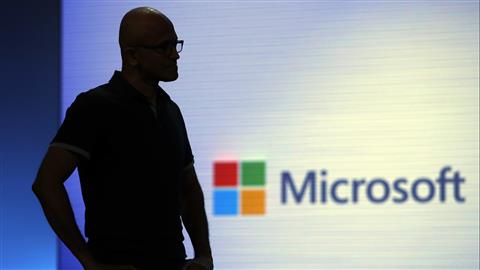 Microsoft’s Comeback Story
As Microsoft moves closer to unseating Apple as the world’s most valuable company, the WSJ’s Dan Gallagher looks at the company’s steady rise over the last 10 years. Photo: Associated Press

As Apple looks to reignite iPhone sales in the future, Mr. Cook said it would simplify the process for trading in phones and financing purchases of the devices.

Apple had seemed to have regained its footing last year in China following a steep downturn in 2016 and 2017. Revenue there had been accelerating in recent quarters even as the Chinese economy weakens. Sales in Greater China, which includes Hong Kong and Taiwan, rose 16% to $11.41 billion in the quarter ended in September.

In his letter Wednesday, he said the company didn’t foresee the China market slowing but that the economy has slowed there and has also been affected by the continuing trade dispute with the U.S.

“As the climate of mounting uncertainty weighed on financial markets, the effects appeared to reach consumers as well, with traffic to our retail stores and our channel partners in China declining as the quarter progressed,” Mr. Cook said.

Experts largely attribute the abrupt slowdown in China’s economy to trade tensions with the U.S.

The country’s official growth rate at the end of the third quarter—a 6.5% increase in real gross domestic product from a year earlier—was the weakest since the global financial crisis. And most outside observers believe China overstates its growth, too.

In the last three months of 2018, the S&P 500 tumbled 14% on fears of slowing economic growth around the world, particularly in China, declines that deepened on the latest data.

The U.S. initiated a tit-for-tat of tariffs with China early in 2018, by the end of the year placing tariffs on about $250 billion a year of imports. Apple products so far have avoided the brunt of the tariffs. The U.S. has excluded products like iPhones and Apple Watches from the tariffs currently in place, though such goods could be included in future rounds.

Rather, the guidance from Apple speaks to the extent of fallout across China’s economy from the trade tensions, which have prompted many companies to rethink how much of their supply chains run through China. Investment in Chinese factories, railways, and other projects was weak last year, a slowdown that ripples to workers and consumers.

Tech companies have been some of the victims of fears about weakening Chinese demand. Apple’s stock ended 2018 down 6.8%, a tad worse than the broader market. Semiconductor companies, which make the chips found in popular consumer electronics, have taken some of the biggest hits in recent months amid the trade dispute and an escalation of worries about global economic growth. Apple’s warning is likely to stoke these fears.

Write to Robert McMillan at Robert.Mcmillan@wsj.com and Tripp Mickle at Tripp.Mickle@wsj.com