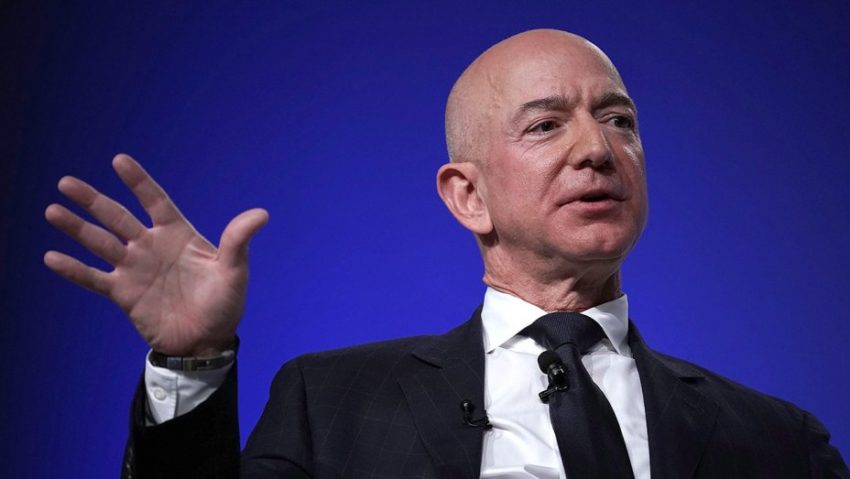 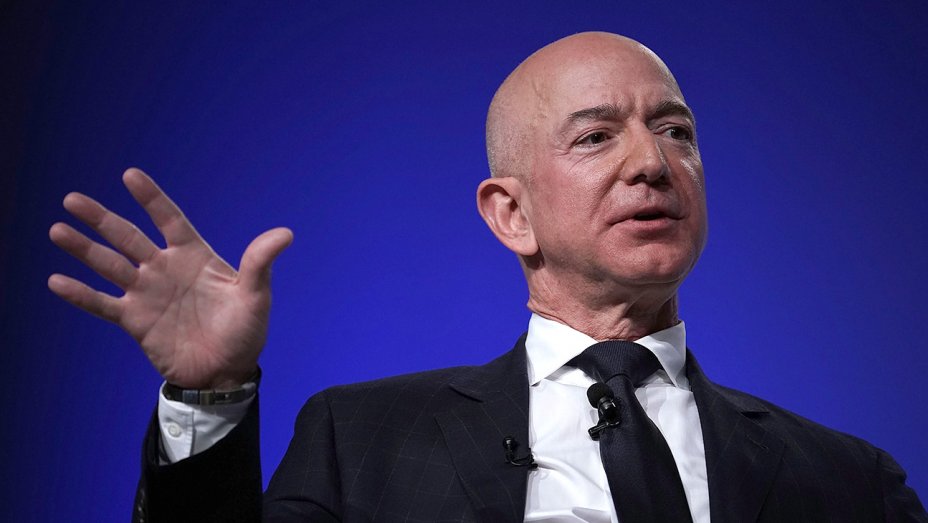 Amazon CEO Jeff Bezos has published an astonishing personal blog post on the platform Medium detailing what he claims is extortion and blackmail on behalf of the tabloid National Enquirer.

In a post titled “No thank you, Mr. Pecker,” Bezos claims he’s being threatened with the publication of nude photos of him and suggestive photos of Lauren Sanchez, the news anchor and reporter with whom Bezos was having an affair. That is, unless he agrees to publicly make a statement downplaying the motivations behind National Enquirer parent company American Media Inc.’s investigation into his personal life, by saying the company was never “politically motivated or influenced by political forces.”

National Enquirer first detailed Bezos’ affair, which led to the dissolution of his marriage to MacKenzie Bezos, last month.

What could “political forces” have to do with Jeff Bezos’ love life? AMI is at the center of an ongoing legal controversy involving President Donald Trump over the practice of “catch and kill,” where a publication buys the exclusive rights to incriminating information about someone and purposefully prevents it from becoming news, through non-disclosure agreements and other legal techniques, to avoid it ever getting out — shielding a person, in that case, Trump, from damaging stories.

(Through court documents, AMI was found to have used the “catch and kill” tactic to kill a story about Trump’s alleged affair with a woman prior to his presidential campaign by paying $150,000 for exclusivity on it. AMI CEO David Pecker, a close friend of Trump’s, was allegedly then rewarded for this and other support during Trump’s campaign with a White House dinner invitation for Pecker and someone close to the royal family of Saudi Arabia, where Pecker was pursuing business deals and looking for acquisition financing.)

AMI allegedly approached Bezos after learning he had been conducting his own private investigation into how National Enquirer obtained his text message. Lawyers for the company tried to persuade Bezos into shutting the investigation down because of the likelihood it may lead to more damning revelations about AMI’s “catch and kill” tactics and its political ties to Trump and other world leaders, Bezos claims in the Medium post. “If your client agrees to cease and desist such defamatory behavior, we are willing to engage in constructive conversations regarding the texts and photos which we have in our possession,” read one of the emails sent to the legal team of Bezos’ private investigation.

The photos in question include a “full-length body selfie of Mr. Bezos wearing just a pair of tight black boxer-briefs or trunks,” and a “naked selfie in a bathroom… wearing nothing but a white towel,” among others including an explicit dick pic. The full photo rundown came from a threatening email sent to the attorney of Gavin de Becker, the well-known security consultant Bezos hired to run the private investigation, penned by none other than the Dylan Howard, the chief content officer of AMI. (In late 2017, Howard was accused of sexual harassment and misconduct during his years at AMI and, according to The Hollywood Reporter, referred to himself around the office by the nickname “dildo.”)

1. A full and complete mutual release of all claims that American Media, on the one hand, and Jeff Bezos and Gavin de Becker (the “Bezos Parties”), on the other, may have against each other.

2. A public, mutually-agreed upon acknowledgment from the Bezos Parties, released through a mutually-agreeable news outlet, affirming that they have no knowledge or basis for suggesting that AM’s coverage was politically motivated or influenced by political forces, and an agreement that they will cease referring to such a possibility.

3. AM agrees not to publish, distribute, share, or describe unpublished texts and photos (the “Unpublished Materials”).

4. AM affirms that it undertook no electronic eavesdropping in connection with its reporting and has no knowledge of such conduct.

5. The agreement is completely confidential.

6. In the case of a breach of the agreement by one or more of the Bezos Parties, AM is released from its obligations under the agreement, and may publish the Unpublished Materials.

7. Any other disputes arising out of this agreement shall first be submitted to JAMS mediation in California

“Well, that [the email] got my attention. But not in the way they likely hoped. Any personal embarrassment AMI could cause me takes a back seat because there’s a much more important matter involved here. If in my position I can’t stand up to this kind of extortion, how many people can?,” Bezos writes.

“In the AMI letters I’m making public, you will see the precise details of their extortionate proposal: they will publish the personal photos unless Gavin de Becker and I make the specific false public statement to the press,” he goes on. “Be assured, no real journalists ever propose anything like what is happening here… Nothing I might write here could tell the National Enquirer story as eloquently as their own words below.”

“These communications cement AMI’s long-earned reputation for weaponizing journalistic privileges, hiding behind important protections, and ignoring the tenets and purpose of true journalism,” he adds. “Of course I don’t want personal photos published, but I also won’t participate in their well-known practice of blackmail, political favors, political attacks, and corruption. I prefer to stand up, roll this log over, and see what crawls out.”

Amazon and representatives for AMI didn’t immediately respond to requests for comment.