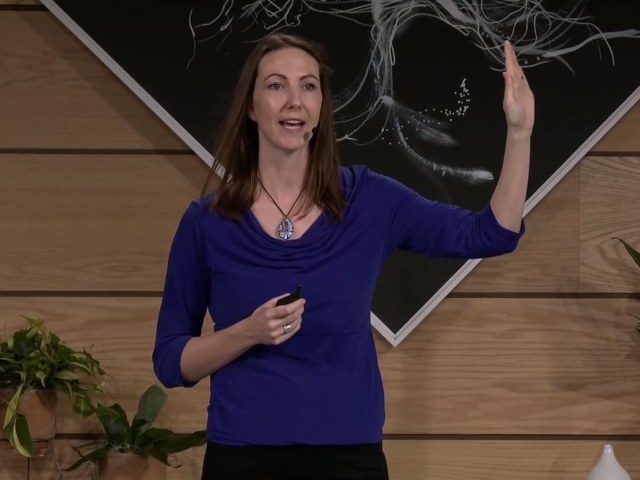 Undercover videos recorded by Project Veritas reveals that Google is determined to prevent the re-election of Donald Trump in 2020, and is altering its products with this aim in mind.

Here’s what Gennai says in the undercover video:

We’re also training our algorithms, like, if 2016 happened again, would we have, would the outcome be different?

Gennai also declares her opposition to Democrat presidential candidate Elizabeth Warren’s proposal to break up Google. Why? Because, says Gennai, if Google is broken up it can’t prevent another “Trump situation.”

Elizabeth Warren is saying we should break up Google. And like, I love her but she’s very misguided, like that will not make it better it will make it worse, because all these smaller companies who don’t have the same resources that we do will be charged with preventing the next Trump situation, it’s like a small company cannot do that.

Gennai also declared that no amount of soft pressure from Congress or the White House will make Google change its ways. In other words, talk won’t help — if politicians want to change Google’s behavior, they’ll have to go beyond committee hearings and actually change the law.

According to her professional profile, Gennai works on “responsible innovation” in the Global Affairs division of Google — the same division run by Kent Walker, the Google VP who has declared his intention to make the populist-nationalist movement represented by Donald Trump a “blip” or “hiccup” in history, which he said “bends towards progress.”

Walker made these statements just days after the 2016 election, in a confidential video recording that was leaked to Breitbart News.

Are you an insider at Google or any other corporation who wants to confidentially reveal wrongdoing or political bias at your company? Reach out to Allum Bokhari at his secure email address allumbokhari@protonmail.com.

Allum Bokhari is the senior technology correspondent at Breitbart News.