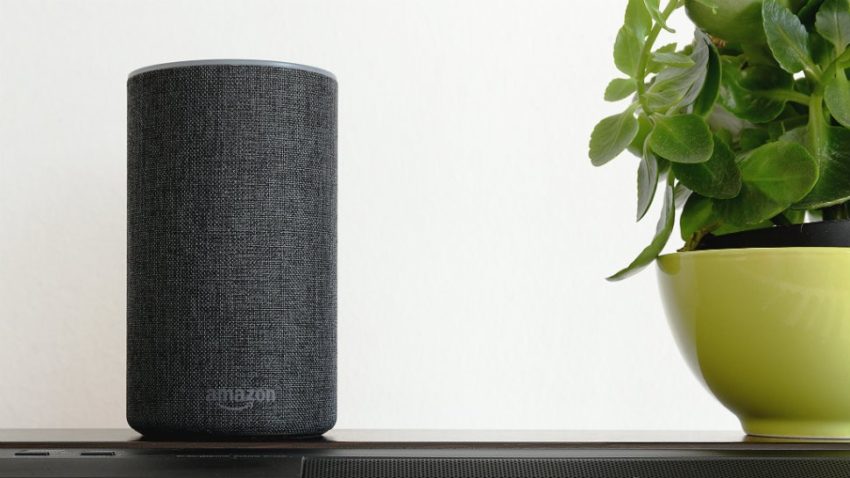 Amazon Alexa: “Sorry to hear that. Talking to a friend, listening to music or taking a walk might help. I hope you feel better soon.”

Alexa’s artificial intelligence-infused heart may be in the right place, but there’s only so far it or any AI can go to comfort someone who is alone.

All the same, Alexa’s response raises questions about just what kind of role an AI can play to “cure” loneliness, especially among the elderly. Loneliness has been identified as a leading cause of depression among people who are over 65.

The promise of AI

We’ve heard for years about the potential of companion robots to keep older people, but really anybody, company. But AI need not take the form of a physical robot. As we communicate more often with Alexa and the Google Assistant, could anyone really blame us for thinking of them, too, as “friends?”

We’re still worlds away, though, from the romanticized view of AI that was portrayed in the 2013 sci-fi film “Her.” And, frankly, the Hollywood hype around social robots hasn’t been all that great, with them mostly bent on causing our demise.

And their own reality has been rather bleak, mostly focused on their own demise.

Earlier this year, for example, the company behind the Jibo “social” robot for the home that had not all that long ago graced the cover of Time magazine as one of the best inventions of 2017, shut down its servers. Other once-promising robotics companies including Mayfield Robotics (known for the Kuri robot) and Anki (Cozmo) recently met a similar fate.

While robots still aren’t prancing around most living rooms, beyond the occasional Roomba, we are increasingly forming some kind of bond with the AI’s in our smart speakers, phones and other devices – yes, Alexa, Google Assistant and Siri.

“Alexa’s personality has helped to create a place for her in the home of millions of customers – and we continue to find ways to evolve her personality to be more helpful and useful for them,” says Toni Reid, Amazon’s vice president for Alexa. “This includes responding to sensitive customer questions or interactions such as ‘Alexa, I’m lonely,’ ‘Alexa, I’m sad,’ ‘Alexa, I’m depressed,’ and so on. As we prepare to respond to these interactions, we are very aware that these are high-stakes answers and have worked closely with experts, such as crisis hotlines, to ensure Alexa’s response is helpful.”

But can a machine fill in for a human?

While Reid says “AI can help make life easier – and at times, more delightful – I don’t see AI as a replacement to human relationships.”

Indeed, it seems like a pipe dream to suggest that a machine-based solution, no matter what human traits it picks up or how chatty it gets, can properly fill the void when relationships end or loved ones pass on.

“We are not going to make robots that take care of people so people can be isolated in their own little cubes. That will lead to more problems. Instead, what we do is to use machines to bring people together,” says Maja Matarić, a computer science professor at the University of Southern California.

Matarić is adamant about not conflating “social” robots, which she describes as “focused on entertaining rather than having a more measurable purpose,” with socially assistive companion robots whose role is to assist and have a measurable outcome: “Does this child with autism make more eye contact after they interact with a robot? Does this elderly person walk more steps after interacting with a robot?”

For example, she recently ran a study where Kiwi’s, robots that resemble foot-tall owls, were introduced to older people. If these people were sitting too long, the robots reminded them to stand up. If they did, the robot rewarded them with a joke or dance. Matarić says the participants in the study were more physically active and happy to have the robots around. But when they had to take the robots away, these same people resorted to their old ways.

“We know these machines can change behavior in a positive way,” Matarić says.

A robot as a pet

Though most people are obviously aware that robots are not living breathing things, AI, for some anyway, may provide the kind of companionship you get from a dog or cat. Think high-tech variation of a service animal, absent the responsibilities that come with feeding and caring for a pet.

As far back as the 1990s, a Japanese industrial company National Institute of Advanced Industrial Science and Technology (AIST) developed Paro, a robotic baby seal that has been administered to patients in hospitals and eldercare facilities in Japan and Europe. Billed as a “therapeutic robot,” Paro was taught to respond to the way a human stroked it or to a new name.

Colin Angle the CEO of iRobot, best known for its Roomba robot vacuums, believes robot pets could eventually become a multibillion-dollar industry, “for real.” Through facial and image recognition technologies, robots can get to “know” their owner and follow them around, Angle says. But he believes many of the robotic pets that we’ve seen so far while pretty good robots are not necessarily good pets. It’s hard to make a human connection, he says, when they have hard plastic or rubber skin, or behave in a jerky or non-fluid way.