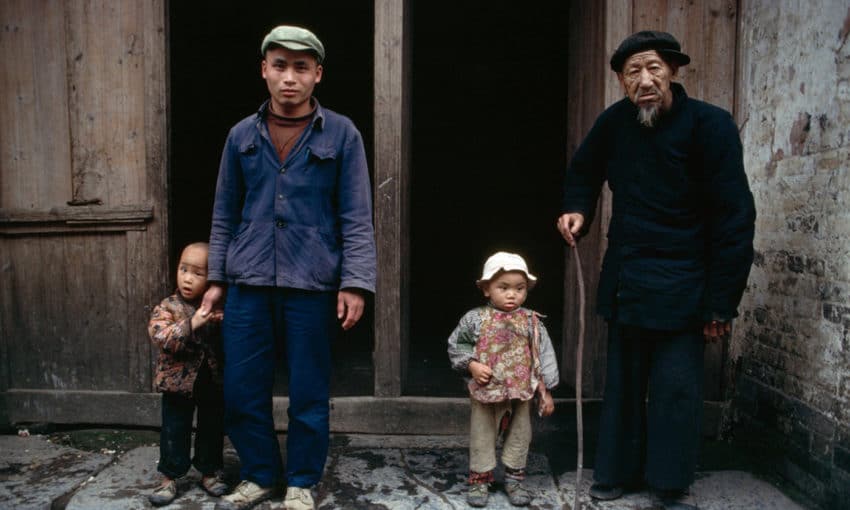 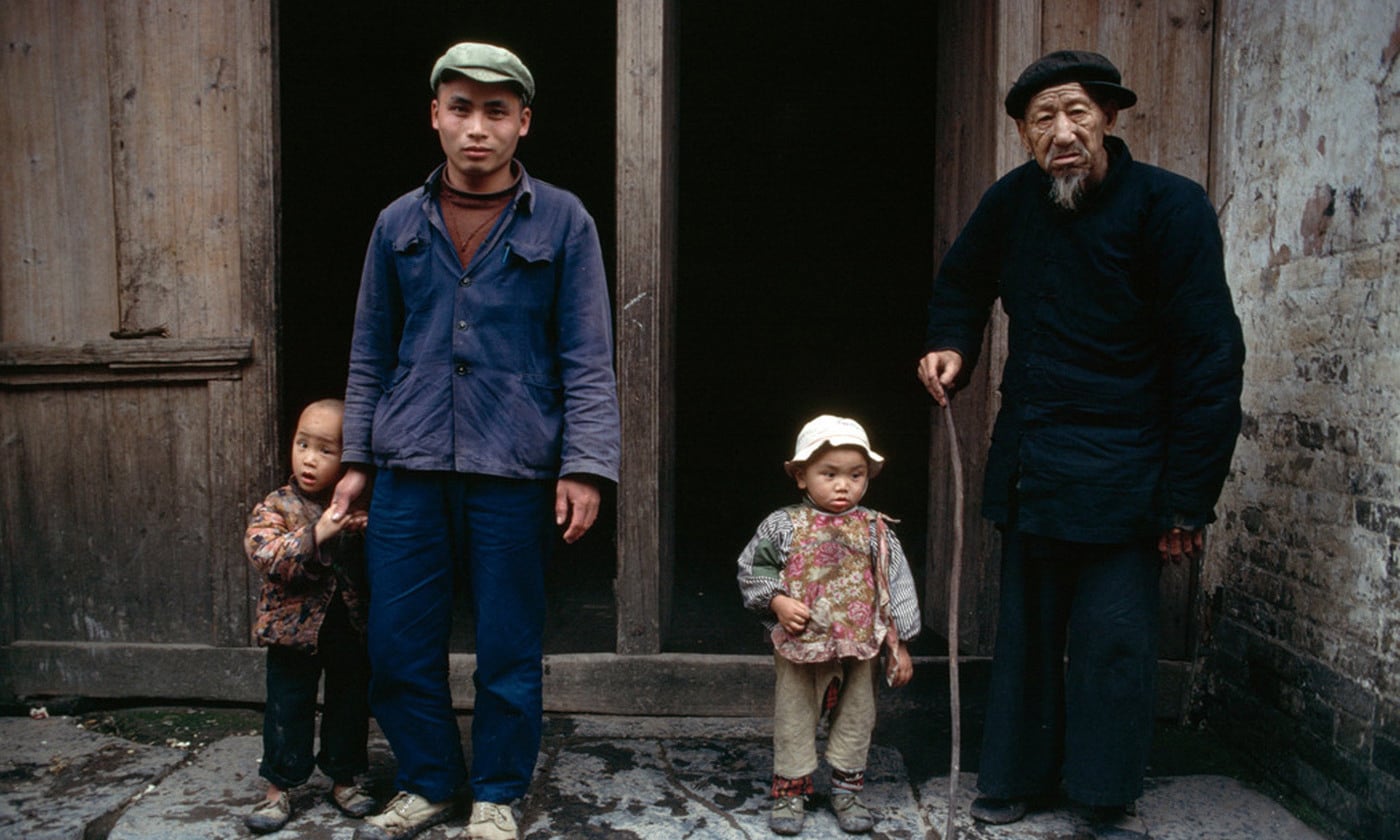 ‘Anything that’s in your character at twenty-one,’ says a businessman in F Scott Fitzgerald’s novel Tender Is the Night (1934), ‘is usually there to stay.’ By the age of 30, most people’s ‘character has set like plaster, and will never soften again’, wrote the psychologist William James in 1890. The exact timing varies, but it’s an old idea: there arrives a moment in life when we become essentially fixed, psychically unmalleable.

The psychologist Erik Homburger Erikson, a Jew born in Germany, would develop a more expansive view of things. In 1927, when he was 25 years old, a spell as a wandering art tutor landed him in Vienna – home and hotbed of psychoanalysis. Erikson made the acquaintance of the Freuds, and the discovery of the talking cure ‘opened a life’s work’ for him. Soon after Erikson completed his training, the darkening shadow of Nazism began to worry Vienna’s psychoanalytic community, which was overwhelmingly Jewish. In 1933, with mobs burning Freud’s books, Erikson and his wife fled for the US. They would remain there for the rest of their lives.

Through his 30s and 40s, Erikson moved between the coasts, combining a private psychoanalysis practice with work in universities and medical schools. He entered the cultural mainstream with his first book, Childhood, and Society (1950), which introduced his framework proposing that human development doesn’t grind to a halt after one or two or three decades, but continues through ‘eight stages of man.’ Each of these eight stages, Erikson theorized, is defined by a pair of opposing emotional forces. Properly resolving the tension between these forces bestows one with an important virtue.

For example, in the first 18 months of life, Erikson thought that we all wrestle with the basic forces of trust and mistrust. Negotiate this properly, and we can access hope, defined by Erikson as ‘belief in the attainability of primal wishes’. Through our 20s and 30s, he thought, our defining psychic struggle relates to the tension between real intimacy and isolation. Navigate this tension, and we can discover the ‘concrete affiliations and partnerships’ that characterise love. In middle age, meanwhile, we are pulled by a healthy instinct toward generativity – ‘the concern in establishing and guiding the next generation’ – while also being stalked by self-absorption. Get this seventh stage right, and we learn the virtue of care, a basic ‘widening concern’ for all that will outlive us. In the final phase of life, one can move either towards a sense of integrity at a life well-lived or despair that there are things left undone – but it is too late, our brief candle is nearly out.

Alongside sketching out the way that psychic growth continues past puberty, Erikson emphasized social forces. For Freud, the psyche was all private Sturm und Drang. But for Erikson, the development of personal identity was a deep and unending conversation with one’s external world.

Erikson survives best not as an empirical psychologist, but as a sort of observational philosopher. He interrogated the psyche in ways that were very new. You don’t have to buy his theories wholesale to value the attempt to map out the vast, strange jungle of human identity.

Above all, there was something prescient about Erikson’s belief that various sorts of an identity crisis – a term he coined – would become an increasingly central issue in modern life. Erikson was right that the neurotic sexual repression that obsessed Freud would fade, but that questions of self-definition would intensify. This is certainly the case at the political level, where so-called identity politics has become the only sort of politics anyone I know talks about. On the right, there is the attempt to preserve the old tribal markers of people and place, despite them being, at the deepest level, basically imaginary. On the left, identity is framed as at once gravely determined, tying you to entire human histories of either victimhood or guilt – and also so self-determined and infinitely flexible as to be almost meaningless. Whatever your affiliation, we are consumed with thinking about our identity, and everyone is confused. Erikson was writing about identity crises at the sociocultural level decades ago.

You see this obsession with identity at the personal level, too. How often, when a friend is telling you about some emotional turmoil, is it rooted in the warring sides of themselves? Part of me, people say, part of me wants this, but part of me wants that. ‘I’m a million different people from one day to the next,’ sang the Verve in Bitter Sweet Symphony (1997) – a song everyone around me adored when I was approaching adolescence.

Erikson was right that processing our kaleidoscopic selfhood can put us at odds with ourselves. I know lots of people my age who want to be a person with a bonafide career, a person who exudes ambition and shoulders responsibility – even as they also want to come off as still basically chilled out, not duped by The Man, perhaps on the verge of vanishing off to Guatemala for three months. In myself, there rumbles a long and attritional war between two appealing self-ideals: the skilled socialite, and the dedicated hermit. The former regards the latter as a dull curmudgeon who reads too many books and is training himself to be bored by everyone; the latter regards the former as a garrulous pontificator and shameless flirt who shouldn’t be drinking on a weeknight.

I’m expanding Erikson’s framework for my own purposes, but the basic point stands: people who can’t make the various elements of their identity cohere will face trouble. ‘There is another man within me that’s angry with me,’ wrote the 17th-century English polymath Thomas Browne, in his anguished spiritual memoir. Life foists roles on us all; the challenge is to accept these costumes without letting the private core of you become pure quicksilver.

Accept, Erikson would say, that the multitudes you contain will add up to something of a mess. Just pay attention, and strive to embody whatever virtue your phase of life demands. And don’t forget that your identity is in constant transaction with your society.

Short of brain injury or religious experience, people don’t change that much beyond childhood. If they did, we wouldn’t all have friendships that are decades old. But within every mind there are possibilities. And different phases of life deliver different kinds of strife that demand different kinds of virtue. To look back at your earlier years is to gaze upon a graveyard of former selves, each of whose entire life was consumed by tensions, dilemmas, and desires that now possess the fragile quality not of memory but dream. As Erikson tried to codify, the only way forward is to pay attention to the challenge of life as you awake to it today, and find the psychological stance that wins growth over inertia.

Intellectual reputation is a weird lottery. In his heyday, Erikson was a star; today, his name is barely recognized. But Erikson’s ideas shouldn’t be allowed to evaporate into history. The clash between local and transnational forms of identity has become one of the defining political issues of our era; Erikson predicted this. And at the personal level, he offered the liberating idea that identity doesn’t have to set like plaster. He argued for ‘neuroplasticity’ long before it became a middlebrow buzzword. He said that crises will come but that, if you stay flexible, on the other side lie new vistas of psychic fortitude, fresher and wilier kinds of self-image. Erikson was almost unique among psychoanalysts for his basic optimism. Know yourself – keep knowing yourself – and the rest will come.

With thanks to Lawrence Jacob Friedman and Kai Erikson.