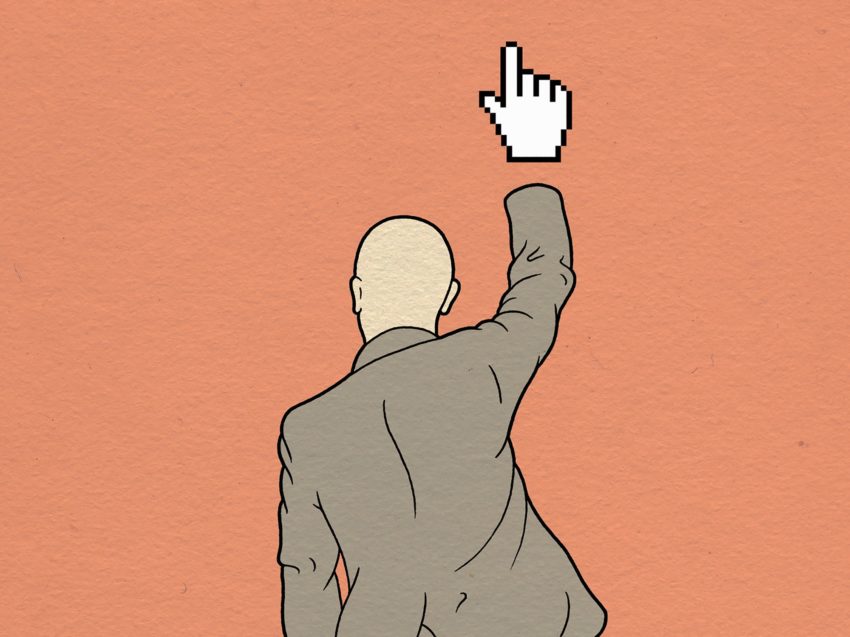 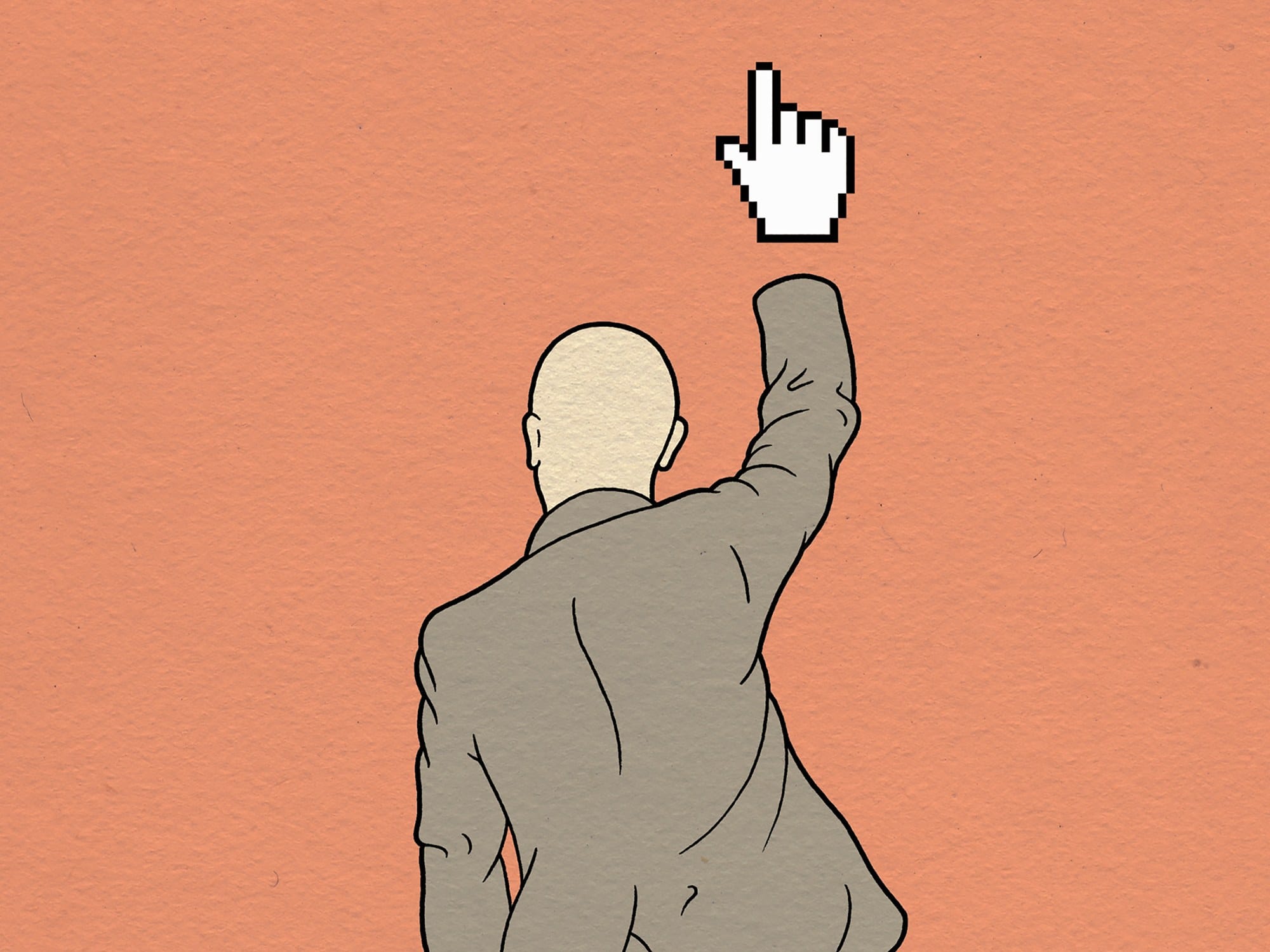 Remember Yanny vs. Laurel? It was some science thing that made people hear the same sound in two different ways, and everyone on the internet talked about it. In a sane world, there would be nothing else to discuss.

But basically every news site covered the story — this Google News page that I archived is particularly horrifying — each putting their own tiny spin on it to keep it on-brand. The New York Times played it straight, deploying experts (Laurel or Yanny? What We Heard From the Experts) and Innovative Web Tools (We Made a Tool to Help You Hear Both Laurel and Yanny) to help its large adult readers parse this important cultural issue from a multitude of angles. The Los Angeles Times threw some topical celebs in there (Yanny vs. Laurel: Mindy Kaling, Chrissy Teigen and other celebs choose sides); Tech site CNET made it about science (Yanny or Laurel: Science doesn’t quite know why you hear one or the other); Washington Post taught the controversy (Audio clip spurs social media debate over yanny or laurel); Breitbart asked the question that’s REALLY been on our minds (Donald Trump Reveals What He Hears in the Yanny vs. Laurel Audio Clip); and Vox… Vox-ed it (Why you hear “Laurel” or “Yanny” in that viral audio clip, explained).

And here I am, giving my galaxy-brain take on the subject:

Why Do Humans Consume News? So They Aren’t the Only Ones Who Don’t Know Who The Fuck Yanny and Laurel Are. 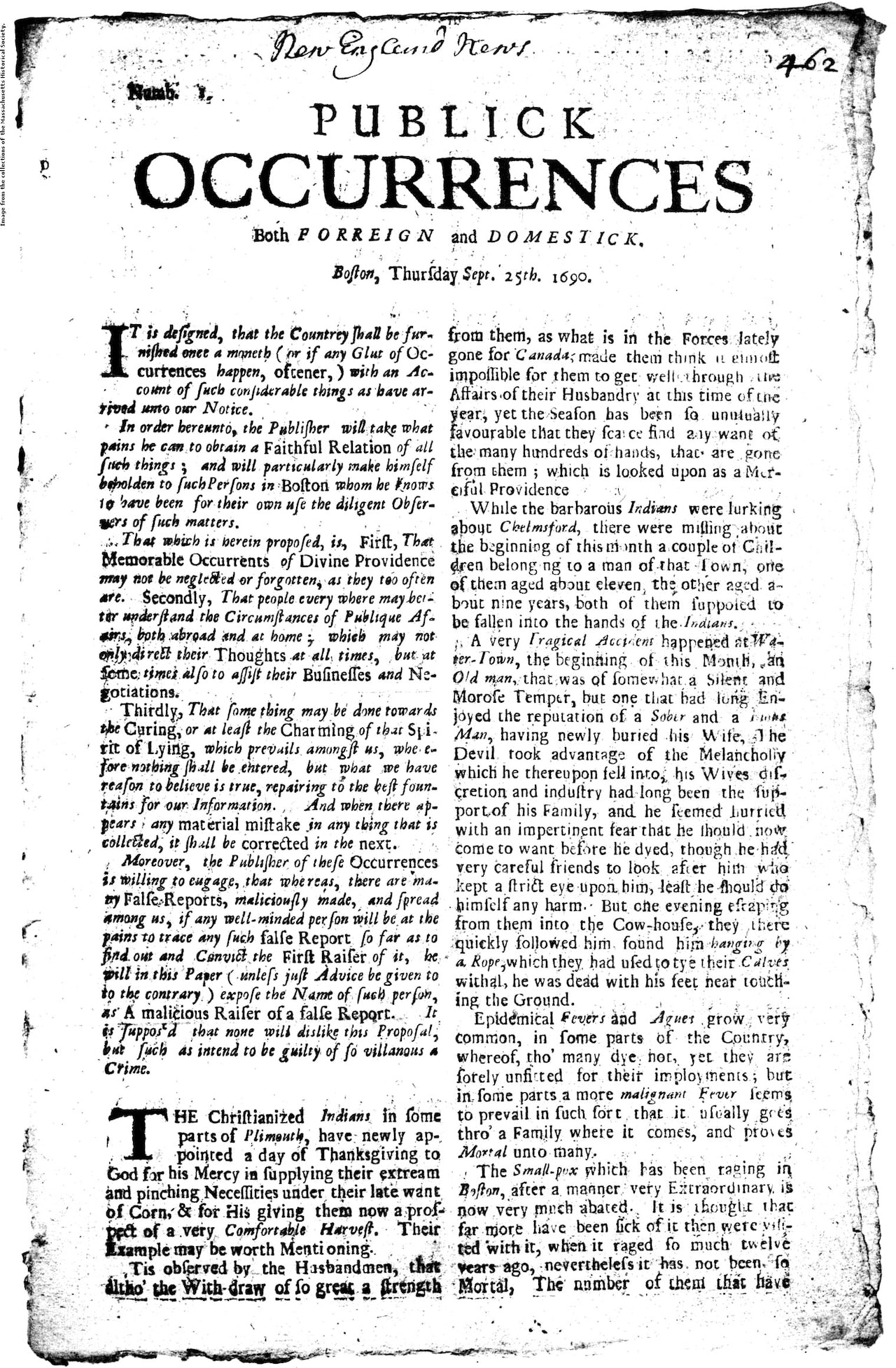 To understand how we got to this incredibly stupid media situation, it’s important to consider the history of the media in the United States. In Jonathan Ladd’s excellent book, Why Americans Hate the Media and How It Matters, the Georgetown political scientist explains that the first American newspaper was titled Publick Occurrences, Both Foreign and Domestic. They published one issue, in 1690, which, per Ladd, “reported that the King of France took ‘immoral liberties’ with his prince’s wife.” Publick Occurrences was then banned, and America wouldn’t get another newspaper for 14 years. To avoid censorship, later newspaper adopted a different strategy, deciding that objectivity was not essential or even necessarily desirable. Writes Ladd, “Rather than attempt independence, [publishers] wedded themselves to government authorities” and “followed some policy of government preclearance of content.”

The proliferation of high-volume printing presses in the late 19th century changed the business model of publishers in large cities, and subscriptions waned in favor of on-the-spot sales. As a result, headlines became designed to grab as much attention as possible. There were even some papers that featured quizzes on the front page that purported to tell about the reader’s personality and predict their future. There truly is nothing new under the sun — not fake news; not Fox News repeating Donald Trump’s talking points back to him; not even Buzzfeed quizzes.

What we think of as the golden age of news media is a roughly 40-year period after World War II, a time when Walter Cronkite was the most trusted man on television and muckraking reporters exposed the government’s lies about the Vietnam War and the corruption of Richard Nixon. However, this was only one part of the era’s media landscape: Magazines like Hustler and Penthouseengaged in a veritable arms race to push the boundaries of bad taste; conspiracy theorists such as Mae Brussell and Long John Nebel earned audiences in the nascent talk radio format; and conservative quackery found a foothold with scammy newsletters pushing the same mix of paranoid ravings and questionable product endorsements that you can find on InfoWars today.

To repeat, the things that suck about modern media are by no means new. It’s just that the internet has put all of them in one place. What has changed is people’s attitudes towards the news media: in 1973, the General Social Survey found that 14% of Americans had “hardly any” confidence in the press; by 2016, that number was 50%.

In All The News That’s Fit to Sell, Stanford Communications Professor James Hamilton provides a framework for why people consume news: the “Four D’s” of Duty (people feel a civic obligation to be informed), Diversion (some people are just politics nerds), Drama (people enjoy the “horse race” element of political competition), and Display (people want to be able to demonstrate to their knowledge and partisan affiliation to people in their party).

The scale of outlets has always had an important implication for people motivated by display: if you know that millions of other people are also watching Fox News — and in particular, the people you expect to actually encounter and have political conversations with — then you know that the news you hear about will be relevant to those conversations. In this way, news functions kind of like music: some people want to find the best music regardless of popularity for their private consumption (diversion), but most people just want to stay up to date on the latest pop songs so they can sing along when the DJ drops the latest banger, and/or read the news to see who Robert Mueller indicted this week. If you’re a member of a more niche group, like libertarians or SoundCloud rap fans, you want to be able to talk with your friends in the group about the latest government overreach or the new mixtape by a rapper with a face tattoo.

As the internet grew as a source of news, the number of separate firms appealing to smaller niches exploded. This setup is perfect for people motivated primarily by diversion and duty — anyone with an internet connection has access to more high-quality information sources than Harvard professors 50 years ago could have dreamed of. It turns out that there just aren’t many people who want to take advantage of that; most of us are more into drama and display. And so social media ate the internet; we have overwhelmingly rejected the library for gossip blogs. 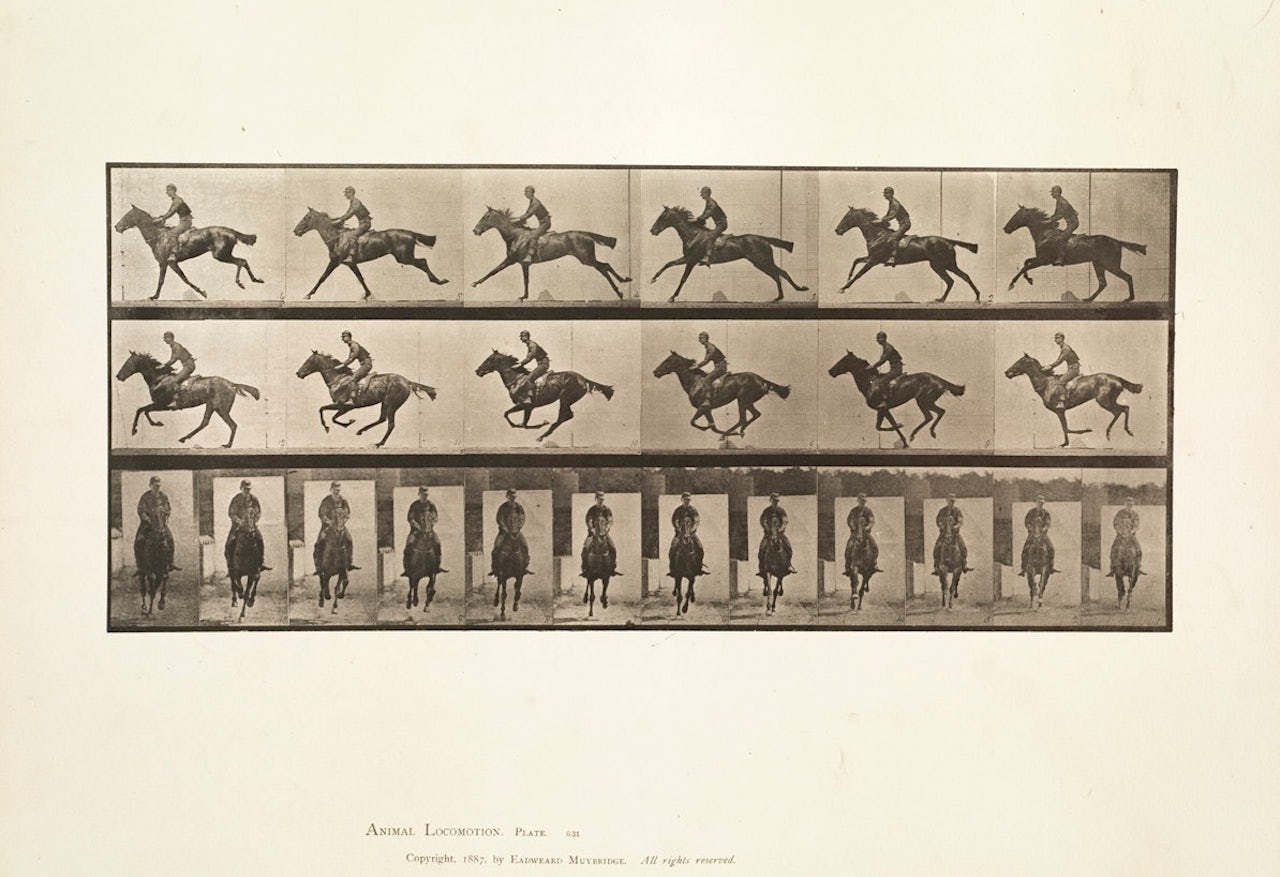 It took the media industry time to adapt to this fact. The same people who were raised on Woodward and Bernstein were still in power, and they initially tried to replicate traditional newspapers online — just check out the front page of the New York Times website in 1996. But upstarts quickly gained a leg up by embracing the dynamics of social media. The most extreme example is of Upworthy.

Dubbed the “fastest-growing media site of all time” by NPR, Upworthyimplemented a new style of headline designed to entice consumption by strategically withholding information while making that information seem like the most important thing in the world. They’re still at it, making seemingly trivial news sound world-changing with headlines like, “This plant might be the answer to water pollution we’ve been searching for” (scientists found moss living in some gross water) and “Pete Davidson nailed why you can be mentally ill and in a healthy relationship” (this was their way of letting readers know that Pete Davidson is dating Ariana Grande).

Less than two years after it was founded, Upworthy had over 80 million unique visitors each month — a number that, according to The Atlantic, was “more than The New York Times. A lot more.”. But just as Upworthy reached its peak in late 2013, Facebook announced that its news feed algorithm would penalize deceptive headlines, and within a year, Upworthy’s traffic had dropped to a relatively scant 20 million unique visitors. You’ll never guess what happened next (layoffs).

This “information gap” clickbait headline was premised on attracting a readership primarily motivated by duty and diversion — people who want to be informed and entertained by the news. The next innovation was to embrace an audience genuinely motivated by drama and display. Contemporary clickbait is focused on appealing to a reader with a specific social identity, and doing so with no pretense of universality. Buzzfeed just churns out content with the phrase “only people” in the headline; a more specific sub-format, “only people from [state] will get this”, seems to have peaked in 2013, when Buzzfeed published both 9 Things Every Oregon Native Knows To Be True and 29 Ways You Know You’re From Oregon.

The point of these stories is to display knowledge that is specific to some group that you belong to. This is all fine when a person is gobbling up content catered to Oregonians or vapers; the trend becomes politically dangerous, though, when this style of the article is catered to a person’s political identity. This has happened at a staggering rate, and the 2016 election provides the perfect illustration of what can happen when clickbait and hyper-partisanship collide. 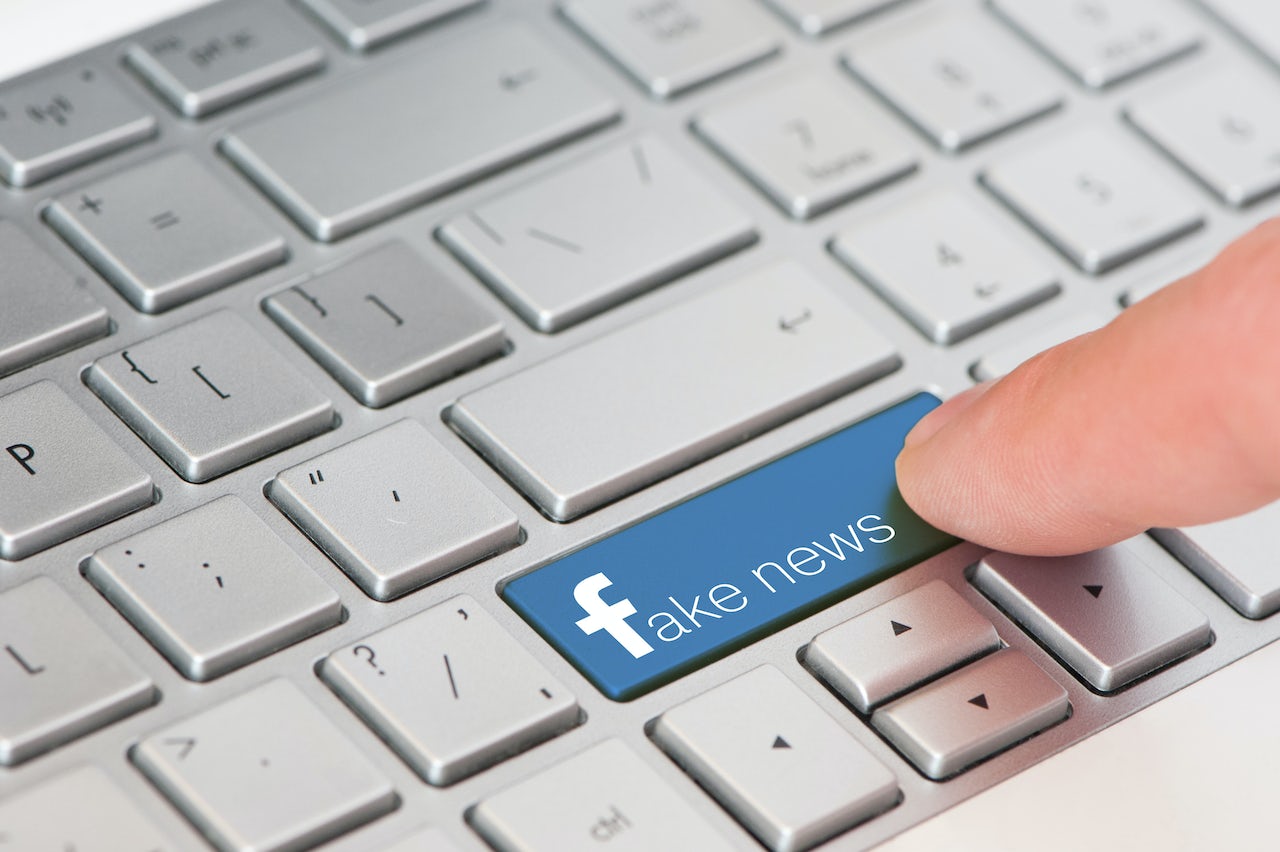 Imagine you are an internet “entrepreneur” whose sole motivation is to create a website that many people will click on so that you can generate ad revenue. What kind of stories do you put on that website? This was the question faced by Jestin Coler in the runup to the 2016 election. His solution? He established twenty or more media sites with next to zero editorial discretion, including the now-infamous Denver Guardian, which published stories with headlines like “FBI AGENT SUSPECTED IN HILLARY EMAIL LEAKS FOUND DEAD IN APPARENT MURDER-SUICIDE.”

This approach appeals to conservatives and is essentially optimized for drama. But it would not have been effective for display until very recently. In 2005, if you were at a dinner party, even with people on the far right, and you said, “So I read online that Hillary Clinton has murdered several political enemies, most recently an FBI agent,” the only group you’d be signaling affiliation with would be Nutjobs.

New media cuts through the comparative advantage held by legacy media organizations by aiming directly for shares on social media; if you see that your friend posts a news story, you don’t need to look at the publisher to know if your friends have already approved of it. If you see that a given article has thousands of likes, you infer that other people think it’s worth reading; for many news consumers, virality and trustworthiness are interchangeable.

The Laurel and Yanny phenomenon was perfect for the purposes of online media. It created drama and competing groups, but crucially, those groups transcended other social divisions, meaning that even your Trumpist uncle might have clicked on it. Everyone knew that everyone knew about it, so you could talk about it with anyone, but writing a new “take” on it didn’t require investing the type of journalistic time or effort that, say, traveling to Flint to keep tabs on the water quality would have. The modern internet is optimized for creating these stories; everyone knows this is insanely stupid, but none of us want to feel left out. And so we end up with a whole constellation of outlets and thousands of journalists whose most consistent money-making strategy is treating every single news story as if it were no different from an inane audio clip. (And, for the record, I heard Laurel.)

Note: Portions of this article have been adapted from the author’s dissertation, titled, “Online Political Communication Persuasion in a Hostile Place.” Read a copy of the original here.