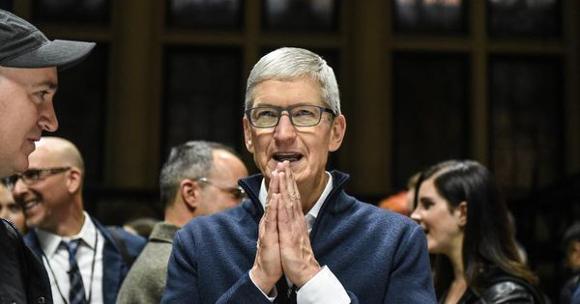 In only three months, Apple has lost $452 billion in market capitalization, including tens of billions on Thursday as the tech giant’s stock sank further.

Microsoft, Amazon, Alphabet and Berkshire Hathaway are the only S&P 500 members with larger market caps than Apple’s loss since its recent high.

To put the Apple market value plunge in context, $446 billion is:

Apple gave a sudden warning to investors on Wednesday afternoon, lowering its fiscal first-quarter revenue guidance. Wall Street reacted, with one analyst saying this will represent Apple’s “biggest miss in years” and another saying the company’s announcement “raises more questions than answers.” Apple CEO Tim Cook’s letter to investors blamed a variety of factors for the guidance cut, including declining iPhone revenue and China’s weakening economy.

Apple stock closed Thursday trading down 10 percent at $142.19 a share.