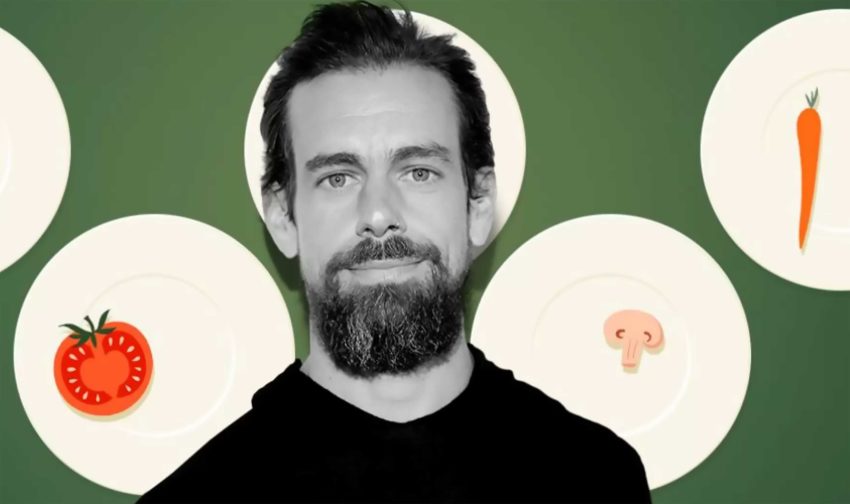 Twitter founder and CEO and billionaire Jack Dorsey has more money than he could ever need — but he’s not acting like it. Unlike the self-made wealthy folk of years gone by, Dorsey and a growing number of top-earning tech entrepreneurs aren’t swilling vintage champagne and banqueting in their free time. Instead, they’re practicing an extreme form of self-denial that has me both troubled and puzzled.

Dorsey recently appeared on the Ben Greenfield Fitness podcast to explain his monkish lifestyle in more detail than the 240 character blasts he’s known for sending out to the less biologically enlightened universe. He says he eats only one meal a day in the week and doesn’t let any foodstuff pass his lips at the weekend. He also starts every day with an ice bath. “Nothing has given me more mental confidence than being able to go straight from room temperature into the cold,” he says. And, rain or shine, he walks the five miles from his home to his office. It’s all part of his ever-evolving quest to keep his brain functioning at maverick CEO level. And, I suppose, outlive anyone silly enough to think that eating regular, balanced meals is sensible.

Dorsey’s wellness-hacking habits are extrapolated from the ancient Greek and Roman philosophy of Stoicism, which says, essentially, that you should be happy with your lot (arguably not hard if you have a lot) and deny yourself nice things — like warm baths and calories on days that start with the letter “s.” Stoicism sounds like unscientific celebrity fad nonsense, yet it has a cult-like appeal to a demonstrably smart crew: Silicon Valley’s elite.

Stoicism’s aficionados include Kevin Rose, co-founder of the website Digg, who embraces the philosophy by taking cold showers, not putting on a winter coat, and saying things like, “I try to surrender to the Earth as everything unfolds around me, not judging it, but accepting things as they are.” Which sounds like a lukewarm blend of meditation and shrugging.

Former Evernote CEO and current CEO of AI studio All Turtles, Phil Libin, regularly says no to food for fasts that last more than a week. He’s lost nearly 90 pounds and now bandies around words like “transformative.”

The man who rebooted Stoicism for today’s tech moguls is author, podcaster, and tech startup investor Tim Ferriss. He calls the philosophy“an ideal operating system for thriving in high-stress environments.” Maybe it is and maybe it isn’t. But one thing is for sure: There’s a danger in champions like Dorsey promoting extreme dietary choices that resemble eating disorders to their followers.

It’s also curious, and a little chilling, that this rewrite of the tech elite lifestyle has come about at a time when powerful influencers and innovators are seeing their inventions harnessed by terrible people who do and say terrible things. In Dorsey’s case, he’s created a platform that has allowed populists, alt-right types, and Russian bots to spread their messages to vast new audiences, creating more chaos than he could possibly have imagined. Twitter undeniably helped make Donald Trump president and gave Britain’s Brexiteers a stage. And it’s used daily to mete out public shamings and takedowns. Dorsey has experienced how easy it is to create global pandemonium with a laptop and a smidgen of chutzpah.

So for the Twitter CEO and his kind, trying to control biology with low-grade torture, plus a disinterest in traditional rich-people trappings, may be a kind of self-imposed penance for having built platforms and technology that have unleashed some pretty bad things on the world. I would argue that the motivations of these super-elites are plainly not the same as those of other Silicon Valley workers, who periodically jump on fads like soylent and micro dosing. These larks have more in common with gaming or cosplay, and tie into fanboy fantasies about next-level living in a STEM world.

Stoicism is different. It asks that its followers dispense with all the sparkle, deliciousness, and fluff, and get back to humble basics. It’s a sort of reverse elitism that could also, potentially, blame-proof a tech billionaire’s legacy. “I may have invented Twitter,” Dorsey might say. “But I walk to work and vacationed at spiritual retreats that look like refugee camps!”

Dorsey getting his monk on publicly is winning him as many detractors as fans. Still, if the negativity gets too much, at least he can come home and relax in a nice cold bath.