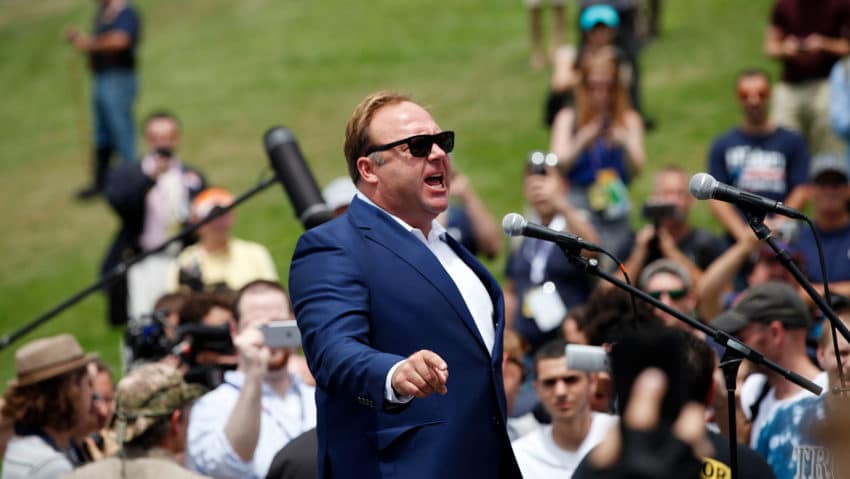 Get your popcorn ready, folks.

Alex Jones is on one right now. The controversial host of Infowars is always in the news, mostly for the insane statements that come out of his mouth. Much like any other day, today we’ve got more of the same. The Joe Rogan Experience is easily one of the most enjoyable podcasts out there with each episode bringing interesting questions, buzzworthy guests, and tons of content to roll off of. Today, Alex Jones stopped by to reunite with Joe Rogan, chatting with him and getting off some of his theories for Rogan’s huge audience. One of the wildest parts of his rant has to do with aliens and cyborgs, including an apparent alien base in San Francisco.

Obviously, none of this is public information. If Alex Jones is to be believed, he’s helping us by spreading his wealth of knowledge. However, it’s difficult to believe anything he says. According to Jones (so take this with a major grain of salt), the government is pumping “astronaut-level” humans with DMT and other drugs before sending them out to make deals with aliens. Seriously… this is a real thing that Alex Jones went on about.

“The media is not gonna cover this,” says Alex Jones. “They literally have an alien base and they are making intergalactic deals.” Apparently, all of this is being facilitated through the use of DMT and other psychoactive drugs. If Jones is being truthful, this is crazy. If he’s not, it’s still pretty crazy. Watch live below.