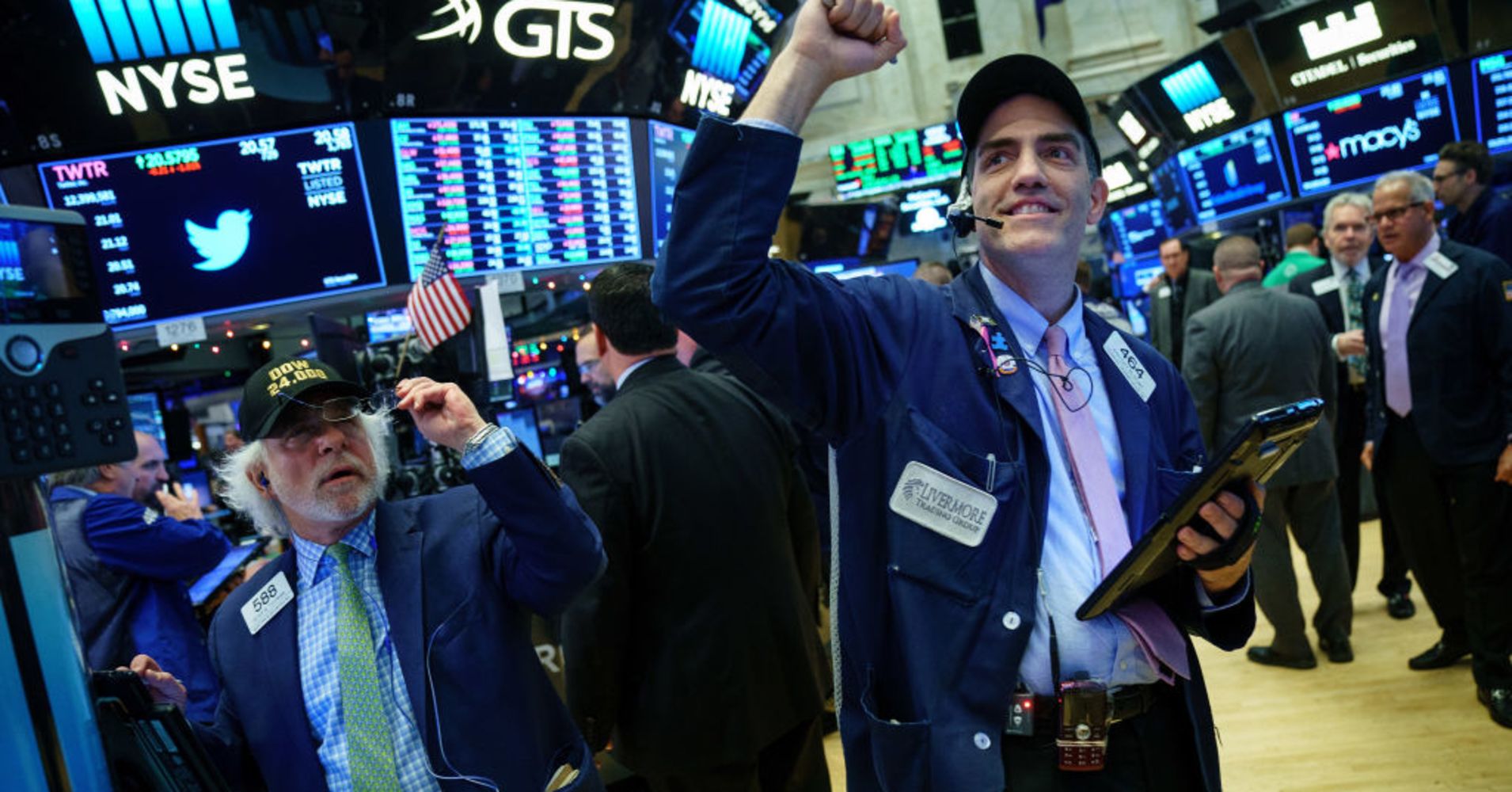 The Dow Jones Industrial Average hit its first record high since January on Thursday as gains in Apple and a decrease in trade fears lifted the 30-stock index.

The Dow jumped 255 points as Boeing, Caterpillar and Apple rose. The S&P 500 also rose 0.8 percent to an all-time high, its first since late August, as consumer staples and tech outperformed.

Art Cashin, director of floor operations for UBS, said the Dow’s record should be a bullish confirmation of the high reached by the Dow Transports last week. “That should be a Dow theory buy signal,” Cashin said. “According to the theory, the economy is supposed to be improving and therefore you have six to nine months of a higher stock market.”

The Nasdaq Composite also rose 1 percent as Amazon gained 1 percent ahead of an event where they are expected to unveil new Alexa-powered devices. Apple, meanwhile, jumped 1.3 percent.

The Chinese commerce ministry said Thursday the country hopes the U.S. will take steps to correct its behavior. The comments come as the two countries slapped tariffs on each other’s goods.

The U.S. administration announced Monday it would inflict 10 percent tariffs on $200 billion worth of Chinese imports, which would rise to 25 percent by year-end. China retaliated Tuesday by announcing levies targeting over 5,000 American products worth $60 billion and to go into effect next week. The country has also filed a complaint with the World Trade Organization about the U.S.’ latest round of duties.

However, the levies imposed by both countries were seen as less than previously feared, helping lift sentiment on Wall Street. The Dow is up more than 1 percent over the past two days. The S&P 500, meanwhile, has risen more than 0.6 percent in that time period.

“I’m not at all surprised investors are taking the latest tariffs and the more muted response from China as a positive,” said Kate Warne, investment strategist at Edward Jones. She noted that trade news have been both a positive and negative catalyst for stocks this year. Hence, a more muted escalation to the trade conflict is seen as a net positive. “But I don’t think the worries about trade are completely over, especially if the U.S. tariffs on China increase to 25 percent.”

J.P. Morgan Chase CEO Jamie Dimon also played down the conflict between the U.S. and China, calling it a skirmish and not a trade war.

Tom Martin, senior portfolio manager at Globalt, thinks investors should be more concerned with the trade situation, however. “It will take people some time realize this is not going away anytime soon,” he said. “We think the situation with China will take the longest time to resolve.”

General Electric shares fell 3 percent after an analyst at J.P. Morgan slashed his price target on the company to $10 from $11. The analyst noted he expects “weaker results at power and some franchise value impact.”