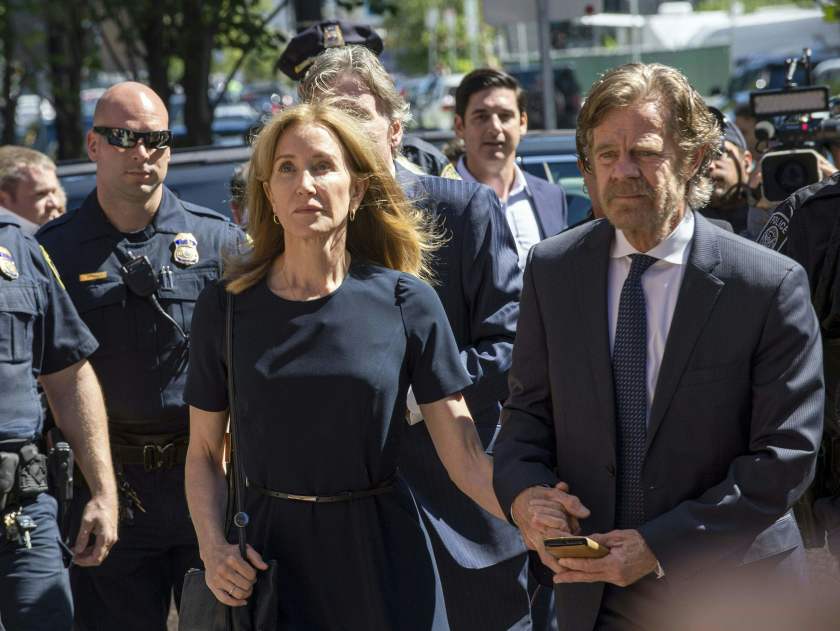 Actress Felicity Huffman was sentenced Friday to 14 days in prison for paying to rig her daughter’s university entrance exams, a narrow victory for prosecutors in the college admissions case who wanted a heavier penalty but argued that some amount time behind bars for Huffman and other wealthy parents can be “the only leveler” against their money and influence.

In ordering her to prison, U.S. District Judge Indira Talwani rejected pleas from Huffman, 56, and her attorney, who said the television star was remorseful and should be spared incarceration.

The judge also ordered Huffman to pay a $30,000 fine and serve 250 hours of community service. Following her two weeks in custody, Huffman must spend a year on probation.

“I accept the court’s decision today without reservation,” Huffman said in a written statement. “I have always been prepared to accept whatever punishment Judge Talwani imposed. I broke the law. I have admitted that and I pleaded guilty to this crime. There are no excuses or justifications for my actions. Period.”

Huffman added, “My hope now is that my family, my friends and my community will forgive me for my actions.”

Huffman was accompanied in court by her husband, actor William H. Macy, who was not charged in the scheme.

Friday’s sentencing court hearing in Boston capped months of embarrassing scrutiny for the “Desperate Housewives” star, whose reputation in Hollywood as a down-to-earth anti-diva has been tarnished by the revelation she paid $15,000 to William “Rick” Singer, a college admissions consultant who preyed on his wealthy clients’ anxieties about getting their kids into top schools and their willingness to pay huge sums to access his illicit operation.

In March, Huffman was one of 33 parents charged in a sweeping investigation into Singer’s scheme. Some, like Huffman, were accused of paying Singer to boost their children’s SAT and ACT scores. Others were alleged to have paid larger, six-figure sums to slip their children into elite schools — Yale, Stanford, Georgetown, UCLA and USC, among others — as purported athletic recruits for sports they didn’t play.

Along with the parents, federal prosecutors in Boston charged about a dozen college coaches, test proctors and administrators with conspiring with Singer in what the U.S attorney’s office in Massachusetts called the country’s largest-ever investigation into corruption in college admissions. Singer pleaded guilty and helped prosecutors build their cases against Huffman and other parents.

Huffman was among 15 parents who didn’t fight the government’s case, pleading guilty in May. A dozen more parents who have admitted to conspiring with Singer are slated to be sentenced over the coming months, many of them by Talwani. Other parents have pleaded not guilty to fraud and money laundering charges.

Assistant U.S. Atty. Eric Rosen had asked Talwani to sentence Huffman to a month in prison. Rosen has also requested sentences ranging from one to 15 months in prison for the other parents who have pleaded guilty, depending largely on how much money they paid Singer. 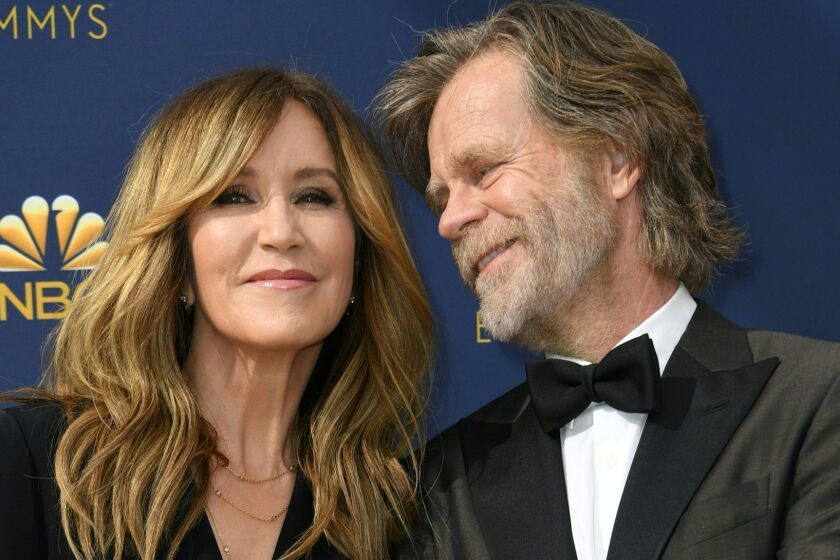 In making the case for why Singer’s clients should serve time, the prosecutor described them in a court filing as suffering from “an astonishing degree of self-entitlement and moral insularity.”

Rosen has tried to portray the case as an opportunity for the government and judicial system to push back against the greed and outsized buying power of the wealthy in the country’s higher education system.

“Some period of incarceration is the only meaningful sanction for these crimes. Not because the defendants’ relative wealth has generated public resentment, but because jail is a particularly meaningful response to this kind of offense,” Rosen wrote. “For wrongdoing that is predicated on wealth and rationalized by a sense of privilege, incarceration is the only leveler: In prison everyone is treated the same, dressed the same, and intermingled regardless of affluence, position or fame.”

In sending Huffman to prison, Talwani seemed to signal she agreed with Rosen. Among the parents in the case, she paid Singer the least amount of money and seemed to stand the best chance of avoiding time in custody.