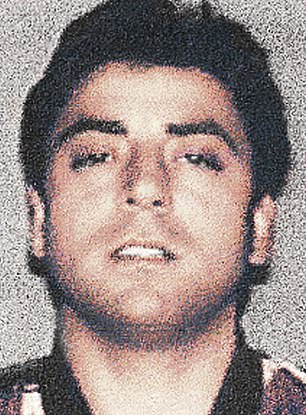 Gambino crime boss Francesco “Franky Boy” Cali was assassinated in front of his Staten Island home Wednesday night in a stunning gangland hit that recalled some of the most infamous Mafia killings in city history.

Cali, 53, was gunned down in front of his brick mansion in the lavish Todt Hill neighborhood at about 9:20 p.m. His wife and young children were inside, police sources told The Post.

The gunman sped off in a blue pickup truck after the hit, which one source described as “disrespectful” because it took place near his family home in an outer borough.

Cali is the first mob boss to be slain in New York City since a fresh-faced John Gotti ordered the murder of then-Gambino boss Paul Castellano in 1985 at Sparks steakhouse in Midtown.

“Even Gotti had more respect,” one police source told The Post. “He did it out in Manhattan.”

Cali was rushed to Staten Island University Hospital North, where he was declared dead.

A 911 caller reported hearing six or seven shots at the scene, but it was unclear how many bullets struck Cali, police sources said.

Residents in the neighborhood were spooked by the old-time rub-out in the quiet neighborhood.

“I’ve seen the [mob] movies . . . but I’ve never seen any activity that we feel at all that there’s something strange about this area,” said Prashant Ranyal, 39, who lives blocks from the scene.

“You never know who your neighbors are,” a 58-year-old local named Salvatore told The Post.

Investigators, including the FBI, are now probing whether the rubout was sanctioned by the commission of New York’s five families — or whether it was carried out by a “cowboy” gunman.

Cali, a native of Sicily, became the de facto godfather of the Gambinos in 2015 — and was believed by Mafia watchers to be the opposite of exuberant former boss “Dapper Don” John Gotti, because “no one ever sees him.”

Cali “was a real quiet old-school boss,” a police source told The Post.

He infused the family with a new crop of immigrant Italian gangsters and focused on the heroin and OxyContin trade, sources told The Post in September.

The new Mafia is wising up and keeping quiet

He had just one criminal conviction: on an extortion rap in 2008 for an attempted shakedown of a trucker working at a proposed NASCAR racetrack in Staten Island. Cali served just 16 months in the prison on the conviction.

The mob hit comes as New York has experienced a resurgence in mob activity in recent months.

In October, Bonanno associate Sylvester Zottola, 71, was gunned down at a Bronx McDonald’s drive-thru.

John Gotti’s brother Gene, 71, was recently put back on the streets after spending 29 years in prison for dealing heroin.

He was photographed by The Post outside his family home in Valley Stream, LI, following his release on parole from a federal lockup in Louisiana in September.