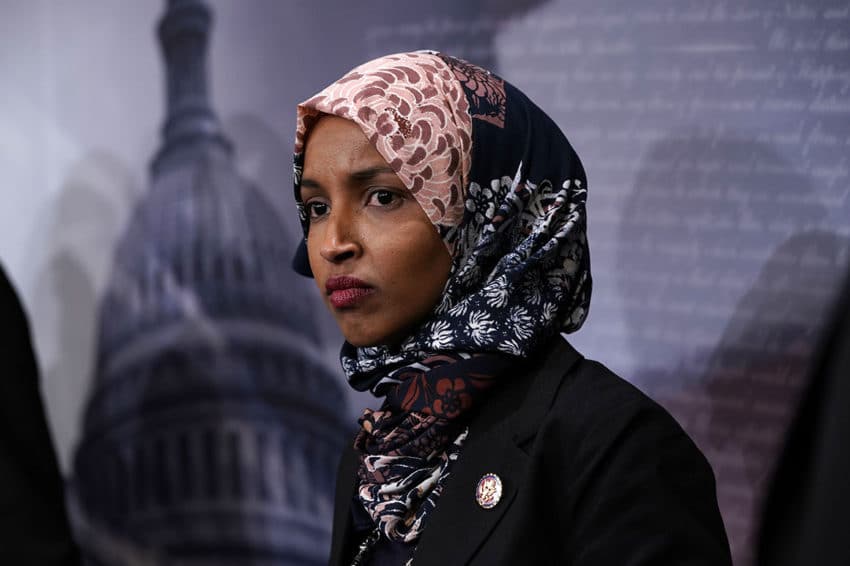 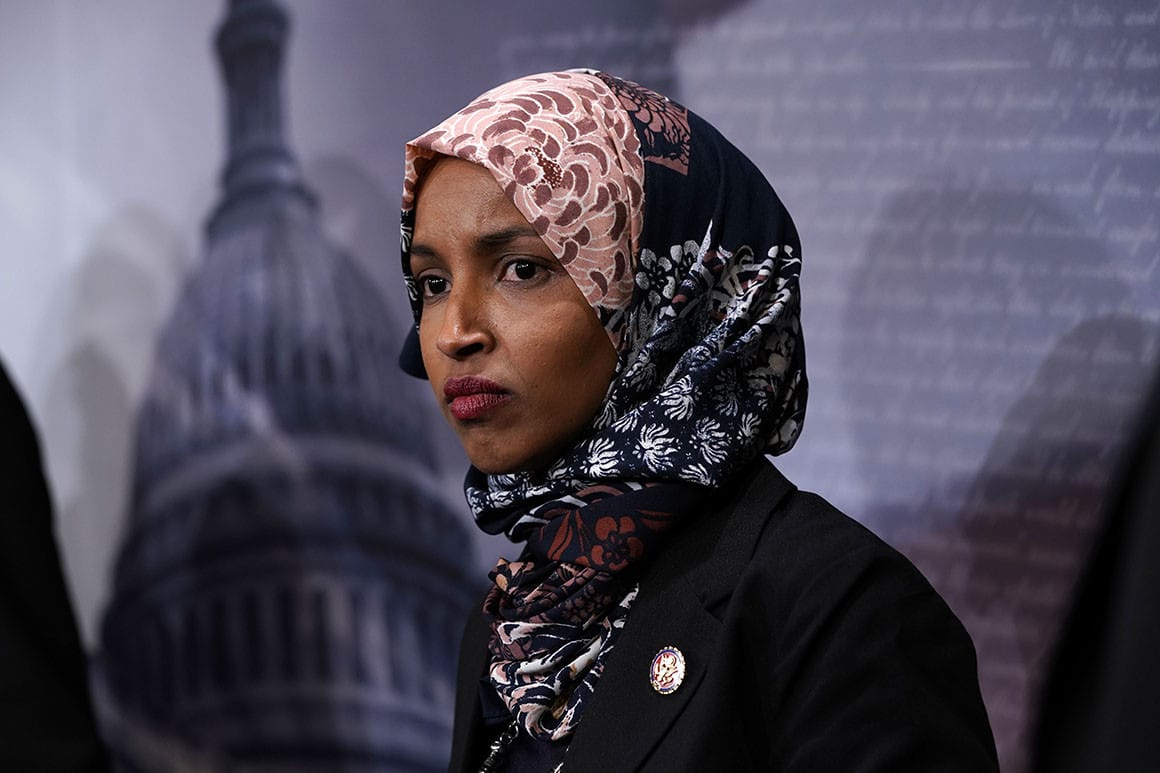 Rep. Ilhan Omar apologized for anti-Semitic comments Monday after coming under pressure from Speaker Nancy Pelosi and other top Democrats.

The Minnesota Democrat sparked a firestorm on Sunday night when she implied lawmakers’ support for Israel is driven by campaign donations from pro-Israel groups.

“My intention is never to offend my constituents or Jewish Americans as a whole,” Omar said in a statement Monday afternoon. “We have to always be willing to step back and think through criticism, just as I expect people to hear me when others attack me for my identity. This is why I unequivocally apologize.”

Omar’s statement came after Pelosi and her top lieutenants sharply condemned the freshman lawmaker’s comments and called on her to immediately apologize in what was an extraordinary rebuke of a colleague within their own party.

“Congresswoman Omar’s use of anti-Semitic tropes and prejudicial accusations about Israel’s supporters is deeply offensive,” said Pelosi, Majority Leader Steny Hoyer, House Majority Whip Jim Clyburn and other party leaders in a statement. “We condemn these remarks and we call upon Congresswoman Omar to immediately apologize for these hurtful comments.“

This is the second time in recent weeks Omar has had to walk back controversial comments related to Jews and Israel that were condemned by lawmakers within both parties as offensive and anti-Semitic.

Democratic leaders faced growing pressure to weigh in after the freshman Democrat suggested in a tweet Sunday night that Republican support for Israel is fueled by campaign donations from pro-Israel groups like the American Israel Public Affairs Committee.

Pelosi said in a tweet that Monday that she had talked with Omar and the two of them “agreed that we must use this moment to move forward as we reject anti-Semitism in all forms.“

Democratic leaders also added in their statement that “legitimate criticism of Israel’s policies is protected by the values of free speech and democratic debate that the United States and Israel share.“

House Foreign Affairs Chairman Eliot Engel (D-N.Y.), who leads a panel Omar sits on, didn’t mention her by name but said it was “shocking” to hear a fellow lawmaker “invoke the anti-Semitic trope of ‘Jewish money.’”

“It is deeply disappointing and disturbing to hear Representative Ilhan Omar’s (MN) choice of words in her exchange with a journalist yesterday, wherein she appears to traffic in old anti-Semitic tropes about Jews and money,” Nadler said.

House Intelligence Chairman Adam Schiff (D-Calif.) also said he was “deeply dismayed” with Omar’s comments. “It’s never acceptable to give voice to, or repeat, anti-Semitic smears,” he said. “That goes for Rep. Omar, and it also goes for Republicans who have trafficked in anti-Semitic attacks on George Soros and others.“

Would love to know who @IlhanMN thinks is paying American politicians to be pro-Israel, though I think I can guess. Bad form, Congresswoman. That’s the second anti-Semitic trope you’ve tweeted. https://twitter.com/IlhanMN/status/1094747501578633216 …

Meanwhile, House Minority Leader Kevin McCarthy (R-Calif.) vowed to take disciplinary action against Omar “this week”. One option under consideration, according to his office, is forcing a vote on a resolution from Rep. Lee Zeldin (R-N.Y.) condemning anti-Semitism.

“House Democrat leadership continues to be silent as Americans from both sides of the aisle condemn this rhetoric and pattern of behavior,” McCarthy said in a statement Monday. “In the face of that abdication of leadership, Republicans will take action this week to ensure the House speaks out against this hatred and stands with Israel and the Jewish people.”

The statements from top Democrats and Republicans follow an effort by a pair of rank-and-file members earlier Monday to garner support for a letter demanding leadership condemn Omar’s latest statements.

Democratic Reps. Josh Gottheimer (N.J.) and Elaine Luria (Va.), who are both Jewish, planned to send to Democratic leaders a letter expressing deep concern over “recent rhetoric from certain members within our Caucus, including just last night, that has disparaged us and called into question our loyalty to our nation.” The letter, which was obtained by POLITICO, is being circulated to Jewish Democrats.

“We urge you to join us in calling on each member of our Caucus to unite against anti- Semitism and hateful tropes and stereotypes,” the lawmakers wrote in the letter. “In recent weeks, we have had conversations with multiple members of our Caucus who share our concerns about this rhetoric; we have also raised these concerns with Democratic leadership.”

“We must speak out when any Member – Democrat or Republican – uses harmful tropes and stereotypes, levels accusations of dual loyalty, or makes reckless statements like those yesterday,” they added.

Omar and Rashida Tlaib (D-Mich.) have been repeatedly slammed by the GOP for their critical views of Israel and support for the Boycott, Divestment and Sanctions movement, which targets Israel’s treatment of Palestinians. But Omar’s latest tweet earned rebukes from members of her own party, including freshman Reps. Max Rose and Anthony Brindisi, both of New York.