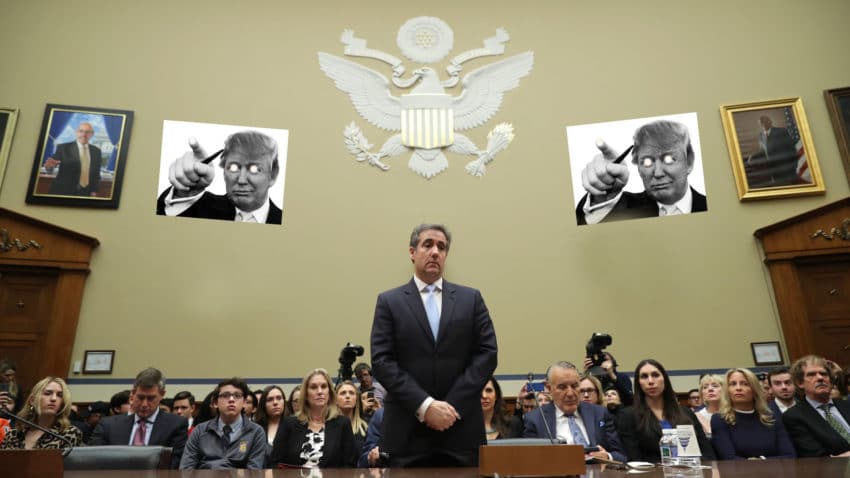 President Donald Trump’s former lawyer and fixer Michael Cohen is offering Democrats new information in a bid to stay out of jail while he cooperates with Congress.

Cohen’s attorneys Lanny Davis and Michael Monico told lawmakers in a letter Thursday that Cohen has discovered substantial files on a hard drive that might be helpful to investigators.
Cohen is asking for additional time — and congressional help — to persuade the Southern District of New York to allow him to postpone reporting to jail in order to review the files. Cohen’s lawyers wrote in the letter, obtained by CNN, they hoped Cohen would receive a reduced term, and that the May 6 date Cohen is scheduled to report to prison “will be substantially postponed while he is fully cooperating with prosecutors and Congress.”
He is asking top Democrats on the committees where he testified to write letters outlining his cooperation that he could use to lobby prosecutors for a lesser sentence.
“We hope that this memorandum demonstrates that Mr. Cohen needs to be readily accessible and immediately available to provide ongoing assistance to Congress in order for it to fulfill its executive branch oversight responsibilities. Mr. Cohen was only recently able to access a hard drive with important documents,” the letter states.
“However, with 30 days left before he surrenders to prison, time is no longer a luxury he is capable of,” Cohen’s lawyers added.
Cohen testified on Capitol Hill earlier this year and accused President Donald Trump of financial fraud and directing hush-money payments to women alleging affairs. 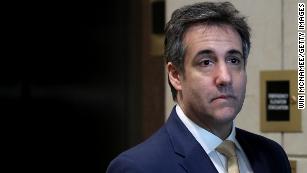 Read: Michael Cohen’s letter to Democrats asking for help staying out of prison
Cohen was sentenced last year to three years in prison for financial crimes, campaign finance violations and lying to Congress. He was originally scheduled to report to prison in early March, but that date was pushed back two months as he prepared for his congressional testimony.
It’s not clear which committees received letters from Cohen, or what they plan to do in response. The Democrats who lead the three committees where Cohen testified declined to comment or did not respond to requests for comment.
Cohen’s attorneys wrote the letters were not sent to Republicans, but they were “willing to do so” if any were interested in the information he could provide.
Republicans on several of the committees where Cohen testified have accused the President’s former personal lawyer of lying when he appeared, including Cohen’s statements that he never requested a pardon from Trump and that he did not want a job in the White House. Top Republicans on the House Oversight Committee have referred Cohen to the Justice Department to investigate.
Cohen provided several financial documents to corroborate his accusations against Trump, including a $35,000 reimbursement check signed by Trump that was displayed during his public testimony. Cohen’s attorneys wrote that his testimony has sparked new requests for information and assistance from both Congress and New York state authorities.
But now Cohen is claiming he had found a new hard drive that contains millions of additional files.
“Working alone, Mr. Cohen has only had the time to go through less than 1 percent of the drive or approximately 3,500 files,” Cohen’s attorneys wrote. “Mr. Cohen needs time, resources, and assistance to separate out privileged and personal documents from these 14 million files to make the rest available for review by various congressional committees.”
When Cohen was sentenced in December to three years in prison, the Manhattan US Attorney’s office did not give Cohen a cooperation agreement that could have helped reduce his sentence.
In prosecutors’ statements in court and their sentencing submission, they stressed that Cohen shouldn’t be considered a cooperating witness. Cohen did assist the special counsel’s investigation, they said, but he “repeatedly declined to provide full information about the scope of any additional criminal conduct in which he may have engaged or had knowledge.”
In the Manhattan US Attorney’s office, defendants who want to enter into a cooperation agreement are typically required to disclose that information to prosecutors.