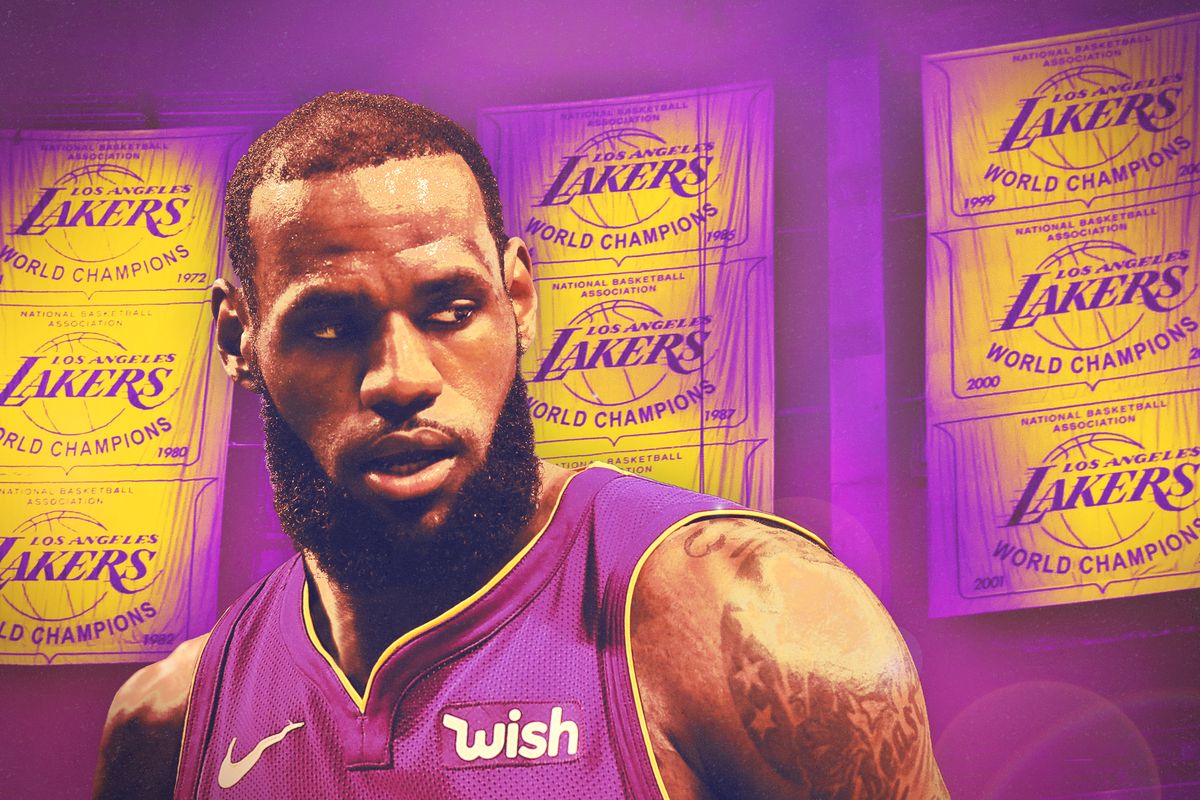 Now make room for the guy who once sidled up to you on a basketball court and blew in your ear.

Save a seat for the guy who essentially was thrown off a team during a playoff series for being a troublemaker.

And, hey, clear some space for the guy best known for his frequent appearances on a nationally televised segment featuring NBA bloopers.

For a few blissful moments upon being joined by LeBron James on Sunday night, the Lakers once again felt like basketball’s palace.

They have since turned the place into a potential circus.

It’s as if Magic Johnson and Rob Pelinka were blinded by the sprays of celebratory champagne … or maybe by requests from James himself? If the latter is true, well, then, The King may be basketball’s greatest player, but he’s one weird general manager.

Within 24 hours of adding the disciplined and professional James to a group of young and impressionable kids, the Lakers have inexplicably opened the locker room door to three veteran misfits.

In moves that ended Monday afternoon, they gave one-year deals to Lance Stephenson, JaVale McGee and Rajon Rondo in what only sounds like a “Saturday Night Live” spoof. All three are valued for their fierce competitiveness. All three are also renowned for their unabashed kookiness.

Not only do all three have histories of odd and unsettling on-court behavior, but none of the three can provide James with the expert shooter his game desperately needs. The Lakers still don’t have that shooter. They also don’t have fan favorite and greatly improved Julius Randle, who looked at the new landscape Monday, threw up his hands and moved to New Orleans.

And so the Lakers followed an absolutely brilliant day with a completely strange one. They are still on schedule to contend for a championship in two seasons. They can rid themselves of those one-year deals next summer and chase the free agent who could be the final piece. They can still trade for San Antonio’s Kawhi Leonard. Their new LeBron-led destination is still clear.

But it appears they will have to journey there along a bit of a broken road.

Stephenson, the LeBron whisperer and constant distraction with his jabs and gestures, is leaving the Indiana Pacers to join his seventh team in nine seasons. He’s a decent swingman, but people just keep cutting him. There is a reason why. It can be somewhat explained with this endorsement from James after one of their memorable poke-fests last winter:

McGee, a center from Golden State, is joining his sixth team in 11 years. While he played well in this year’s Finals, his career has been a human blooper reel. He has turned videos viral with missed dunks, awkward turnovers and the memorable time he hustled down the court to play defense while his team still had the ball.

The Lakers used to have Shaquille O’Neal; now they have the player who has starred in O’Neal’s TNT television blooper series, “Shaqtin’ a Fool.’’

There’s no poignant James endorsement here, but James was once so irritated by McGee’s antics that he blocked him on Instagram.

Finally, here comes Rondo, a 12-year veteran point guard playing on his sixth team in six years. He was terrific last season for New Orleans, but he’s been trouble almost everywhere, cursing out coaches, turning his back on coaches and once enraging a coach so much that the Dallas Mavericks’ Rick Carlisle basically cut him in the middle of a playoff series.

“I don’t think there’s not one coach I’ve played with that I haven’t gotten into it with,’’ Rondo once admitted. “It started when I was around 6 years old. I got into it with my Little League football coach.’’

It could be good news that Rondo will possibly supplant developing Lonzo Ball as the Lakers’ starting point guard. It will definitely be bad news when LaVar Ball gets wind of that idea.

Nobody from the Lakers can comment on any of this until the players can officially sign their contracts at the end of this week, but the early verdict is already clear. Just when you thought the LeBron James arrival would be the wildest thing to happen to the Lakers all summer, it turns out the party was just getting started.

You know those four words that led this column on Sunday, words that were shouted across Los Angeles in the wake of their most celebrated acquisition ever? Lebron is a Laker?

It will be up to the Lakers’ cool 38-year-old coach to control this fine mess. With the work of owner Jeanie Buss and the Lakers’ front office nearly complete, the pressure is now on their third-year bench boss to finish the job.

Walton has shown he can coach great players, as he led the Golden State Warriors to a 39-4 record at the start of the 2015-16 season while replacing ailing Steve Kerr. He has shown he can help young players mature, as he did with the tough love he showed Julius Randle last year. The 35-win Lakers were improving by the end of last season, and management is fully supportive of Walton’s accompanying progress.

But now he has to handle coaching with essentially another head coach. That would be James, who has a brilliant basketball IQ and follows his own path. When James feels a coach isn’t playing smart, he will challenge him. When he feels a coach has lost the team, he will work to get him fired, which is what happened with Cleveland’s David Blatt in January of 2016.

The guess here is that Walton, who connects with the younger players and has an ideal coaching temperament, will be able to navigate these waters, but it won’t be easy. And what the Lakers did since signing James just made it harder, and crazier, and more dramatic, and, when you think about it, completely predictable.

Thanks to LeBron James, the Lakers aren’t just relevant again, they are Hollywood again.