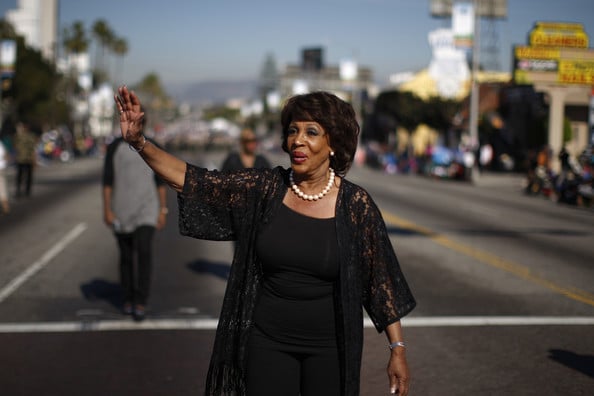 Democratic Rep. Maxine Waters (Calif.) said in a new interview that she “ain’t scared” after being targeted by two packages containing pipe bombs.

“We have to keep to doing what we’re doing in order to make this country right; that’s what I intend to do, and as the young people say, ‘I ain’t scared,’” Waters told Blavity.

The California Democrat also called on President Trump to “take responsibility for the kind of violence that we are seeing for the first time in different ways,” in the wake of multiple explosive devices sent to prominent Democrats.

“And I think they are acting in a way that they think the president wants them to do and the way he wants them to act,” Waters continued, before adding that Trump “in his own way really does promote a lot of violence.”

“I don’t know whether the bombs are real or not, but we should not crawl under the bed, close the doors, not go out, be afraid to go to rallies,” Water said.

“We must not be intimidated to the point that we stop advocating and protesting for justice,” the congresswoman added.

Waters’ remarks come less than a day after authorities intercepted a suspicious package at a facility in Maryland addressed to her and another in a Los Angeles mail facility.

Similar packages were intended for Bill and Hillary Clinton at their New York residence and former President Obama in Washington, D.C.

The Secret Service said in a statement Wednesday that it had found “potential explosive devices” in mail directed to both Clinton and Obama’s residences.

The agency said Obama and Clinton “did not receive the packages nor were they at risk of receiving them.”

Each of those targeted has been criticized repeatedly by Trump, who condemned the attempted attacks as “abhorrent” during remarks from the White House East Room on Wednesday afternoon.

“We are extremely angry, upset, unhappy about what we witnessed this morning, and we will get to the bottom of it,” he said.

A pipe bomb was also sent to CNN, a frequent target of the president.