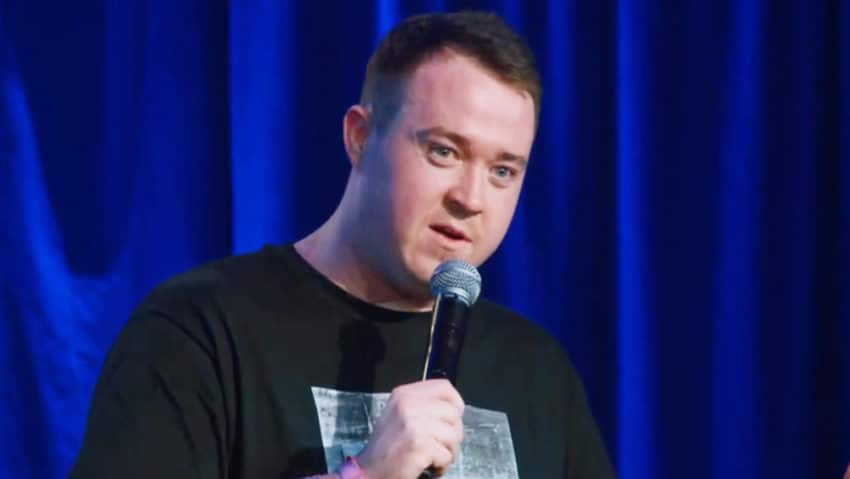 It only took a few hours after “Saturday Night Live” announced its new cast members for one of them to come under fire. As per his own podcast and YouTube videos, new hire Shane Gillis has a history of cracking racist “jokes” about minorities that are so astonishingly nasty that I won’t repeat them here. (It’s also, not for nothing, a particularly disturbing pattern for someone hired alongside Bowen Yang — one of the very few out gay comedians to join the cast and the show’s first full-time cast member of East Asian descent.) When this came to light, fans of Gillis’ podcast as well as some frustrated comedians immediately claimed that the scrutiny was unfair, which makes no sense. His becoming a part of “Saturday Night Live,” one of the most prestigious and powerful comedy gigs in television, would put him at a whole new level of visibility. Whether Gillis likes it or not, his potentially extreme elevation within the industry makes him fair game for renewed interest — and his material is so full of such basic racism and sexism that there’s frankly no way he didn’t say these things at least in part to get exactly this kind of extreme reaction, split as it is between horror and admiration.

Case in point is Gillis’ initial response to the backlash. In a statement posted to Twitter, he said he would “apologize to anyone who was actually offended,” but moreso, that he’s “a comedian who pushes boundaries,” and “sometimes that requires risks.” This is all hard to believe, and not for the reason Gillis and his vitriolic supporters crying “PC police!” might think. The thing about this supposedly “edgy” comedy like Gillis’ is that it’s rarely edgy or boundary-pushing at all, but the exact opposite. In the grand scheme of comedy, “LOL minorities” is truly as basic as it gets.

As long as there have been comedians, there have been comedians who rely on hackneyed stereotypes to get kneejerk laughs. Minstrel shows didn’t become one of America’s most time-honored forms of entertainment out of nowhere; white people crafting offensive punchlines that depend on slurs is one of comedy’s most basic traditions. There have always been comedians who built a fanbase by catering to their fans’ basest instincts. There have always been routines based on lazy clichés about marginalized people. There have always been racist punchlines that reach for the lowest common denominator, that playact biases under the guise of just “telling it like it is.” Spitting stereotypes into a mic like Gillis does isn’t just vile, it’s boring. Claiming otherwise is maybe the best joke he’s told yet.

And yet, Gillis’ fans and some other comedians are holding him up as some paragon of truth, as a guy who will say what they’re all thinking and get punished for it. This, too, is a boring line that we’ve heard a million times before (not least from our president, who kept claiming victimhood before he, you know, became president). But this doesn’t seem to have sunk in for the comedians who keep crying foul of their critics, claiming that they’re being silenced to even more fame and profit. Kevin Hart may have stepped away from hosting the Oscars after his anti-gay jokes came back to light, but he’s still one of the highest-paid comedians in the world. Louis C.K. has lost his prestige after admitting he routinely masturbated in front of non-consenting women, but he continues to sell out comedy venues across the country with material about how his “life is over.” Comedians like Ricky Gervais and Dave Chappelle have staged new acts of their career off their insistence that they can’t say anything anymore, while making tens of millions off specials that punch down as far as they can go. In fact, “Politically Incorrect Stand-Up Comedy” is its own literal Netflix category, filled to the brim with men (almost always men) spitting about how unfair it is that they’re getting pushed out of the spotlight to adoring applause.