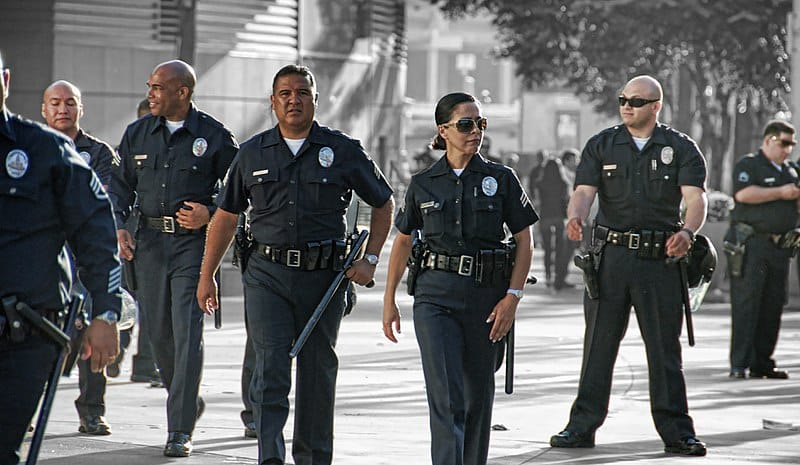 On an otherwise unremarkable morning last year, I woke up to the sound of my phone ringing. The caller ID said “Texas,” so I groggily answered thinking it might be a response to one of the hundreds of public records requests I had recently filed with Texas law enforcement.

“I’m calling from the Sheriff’s Association of Texas,” the strong Western drawl on the other end said, “now, I’m tryina figure out why you’re harassing my sheriffs.”

I told him that I was a journalist investigating how the departments work and their relationships with local jails. With strange confidence, he informed me that I was breaking the law.

I laughed. Mainly because I knew that wasn’t true, and because by now I’ve developed a thick enough skin and a pretty keen sense for when I’m being intimidated versus when the person on the other end of the phone simply doesn’t know how to fulfill a records request, or understand why they have to.

Government agencies, big and small, love to reject records requests. Ask any investigative journalist, getting rejection letters is par for the course. Usually, the reason for rejection is pretty predictable. It’s a lot like dating — you get a canned response that you know has been sent to dozens of other people.

Because I file requests for databases rather than paper-based documents, however, the response has often been “I don’t know how to do this, because no one has ever asked for it before.”

In the past year, my colleagues at the Computational Policy Lab, a research and journalism lab that investigates law enforcement and policy issues, and I have filed more than 500 public records requests to law enforcement and detention centers across the U.S. Currently, no comprehensive record-keeping system exists for American law enforcement. That means dozens, if not hundreds, of small law-enforcement software companies manage the records of more than 18,000 law enforcement agencies in America — which together have millions upon millions of records.

There’s no universal method of record keeping, no standard practice, and no required IT training for the officers or clerks expected to manage these records every single day. On top of that, police aren’t required to record or report the vast majority of their operations internally or to any federal agency; things like the deployment of weapons, use of fatal force, or arrest totals go virtually uncounted. So the only way to get data is to ask for it and see if it even exists.

The primary reason given for my records requests not getting fulfilled isn’t a national-security exemption or a law protecting personal information. It’s the fact that many law enforcement and corrections departments use outdated software that they have no idea how to operate.

From Wichita to Reno, police chiefs and sheriffs have called me personally to say that they don’t record the kind of information I’m asking for. Sometimes they send letters that say “the information you are seeking cannot be readily compiled, even using computer programs.”

Other times they send emails saying that the last person to be able to access their online filing system quit years ago. In countless instances, agencies called me to say that a fee would be applied to my request because they had to hire an IT professional to access the records, which were kept using a proprietary system that had not been updated in years. Frederick, a small town in Maryland, quoted me $3,910 in fees in order to find, compile, and release their traffic tickets database.

I even had a sheriff who had initially denied my request call back and say he could fulfill it after all, because his secretary showed him how to use the computer.

Not knowing how to use technology, using outdated technology, or blatantly choosing to misuse technology means that even when records are located and released, they could be unusable. In one jurisdiction, “marijuana” was misspelled so many times, it made it impossible to get an accurate count on how many marijuana-related crimes took place. “Marajuana,” “marajuna,” “marijaunna,” and “mariajuana” were just some of many misspellings.

A SMALL TOWN IN MARYLAND QUOTED ME $3,910 IN FEES IN ORDER TO FIND, COMPILE, AND RELEASE THEIR TRAFFIC TICKETS DATABASE.

Agencies don’t just reject requests from the public, and the lack of transparency isn’t necessarily a symptom of malice or distrust of the media. This year, the Justice Department conducted an investigation into a jail in Kentucky that had a string of movie-worthy horrific events — everything from deaths to escapes to fires to street-drug overdoses in inmates with (presumably) no outside contact. When the Justice Department asked the jail to hand over records of the more serious incidents, like instances in which force was used, they found that the jail simply wasn’t keeping track.

“Jail policy does not require correctional officers to report every use of force, and staff interviews confirmed that written reports are not regularly generated,” the department reported. “Either the Jail has intentionally ignored the multiple instances we found of excessive force contained in its own incident reports, or has failed adequately to review, monitor, track, supervise, and/or investigate [them].” Basically, even the Justice Department was stumped by how utterly unorganized, confusing, and technologically challenged the local jail’s record keeping was.

Because there is no standardized way of recording law enforcement data, conducting any sort of large-scale investigation into these agencies can take years. Even after that, we only get an inkling of what’s actually going on. In a mosaic environment in which data is haphazardly collected, poorly maintained, and rarely accessed, racial bias, excessive force, and even cruel and unusual torture are taking place at the behest of America’s uniformed. And while police brutality and criminal justice occasionally allow for the 2020 candidates to fashion a shareable soundbite for social media during a debate, reform in this arena will take a lot more than acknowledging that the system is “broken.”