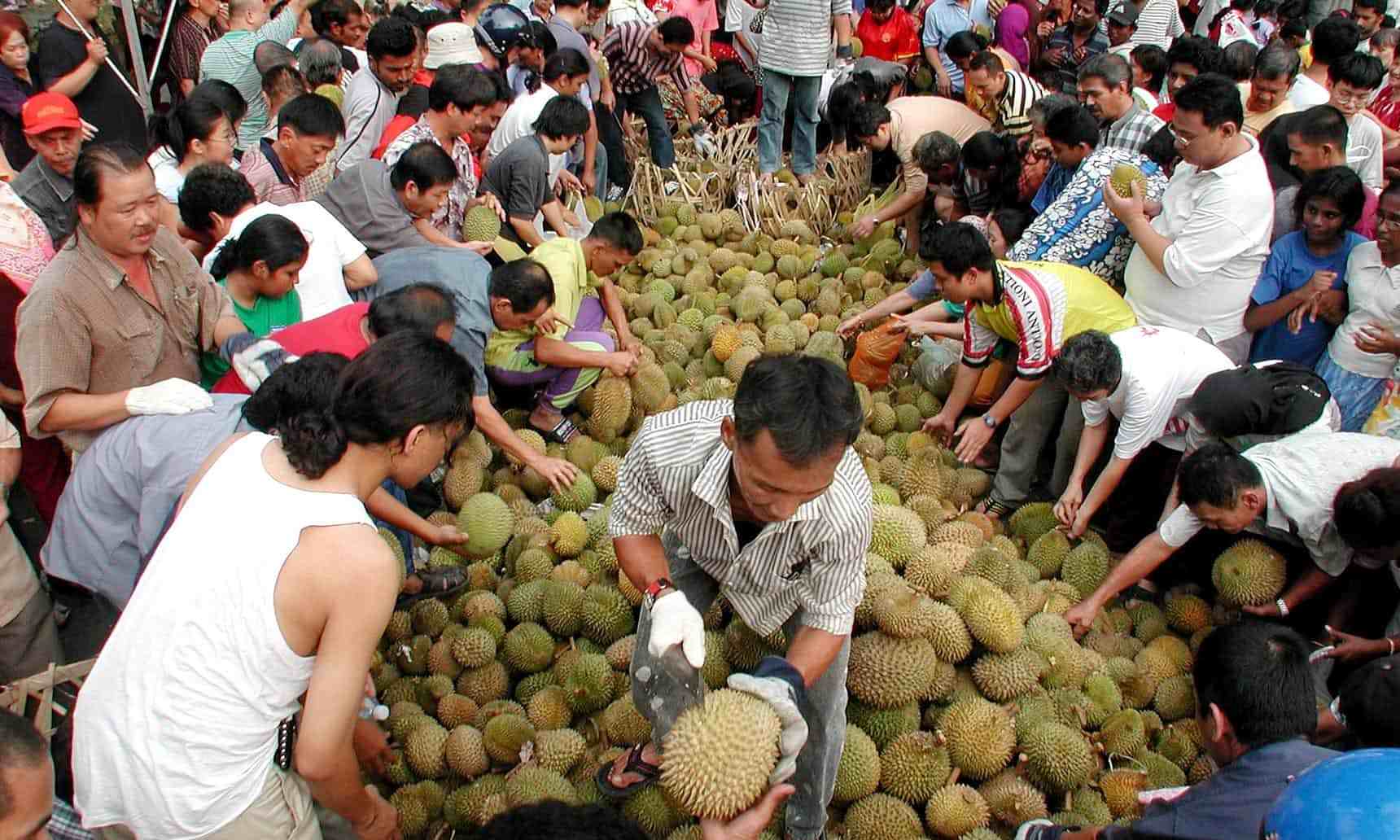 Durian. Depending on whom you talk to it’s either the most beloved or the most despised fruit on the planet. It suffers no moderation, no wishy-washiness. It is the king of fruits or the worst thing you’ve ever tasted.

Due to its potent odour – delicate and sweet to its advocates and sewage-like to its detractors – durian has been banned from airplanes, subways, and hotels (though punishments appear light if non-existent). But a recent study in Ecology and Evolution finds there may be no durians at all without bats: big, threatened bats. The scientists found that flying foxes – bats in the Pteropus and Acerodon genus and the largest in the world – are likely vital pollinators for the polarising durian.

“We already knew that flying foxes feed on durian flowers, but there was this unsubstantiated belief, even among some researchers, that flying foxes just destroyed the flowers,” said Sheema Abdul Aziz, the lead researcher on the project that was done as part of her PhD at the Muséum National d’Histoire Naturelle in France. “It doesn’t help that a durian flower only blooms for one night, then falls off the tree naturally, regardless of whether it’s been pollinated or not. When people see all the flowers on the ground in the morning, they think it’s the bats.”

It’s not. By setting up camera traps high in durian trees on Tioman Island off the coast of peninsular Malaysia, Aziz and her colleagues exploded the myth that flying fox were damaging the flowers. Instead, the researchers watched the large winged-mammals – in this case the Island flying fox – hang upside down over the flowers and bow down their long snout into them, lapping up the nectar while leaving the flower unruffled.

“The video footage showed without a doubt how delicately flying foxes feed without destroying the flowers, and it also showed how tough and hardy these durian flowers really are,” Aziz said, who is also the founder and president of Rimba, a local NGO devoted to getting hard science out to the government and the public.

Flying foxes may not be the durian’s only pollinator. Aziz said other bats – including smaller ones – have been seen pollinating durians. It is also possible that civets and slow loris are capable of pollinating durian in some parts of Asia. Still, that doesn’t mean all pollinators are equal. Aziz pointed to recent research in Thailand that found some bats are better pollinators than others depending on the plant species.